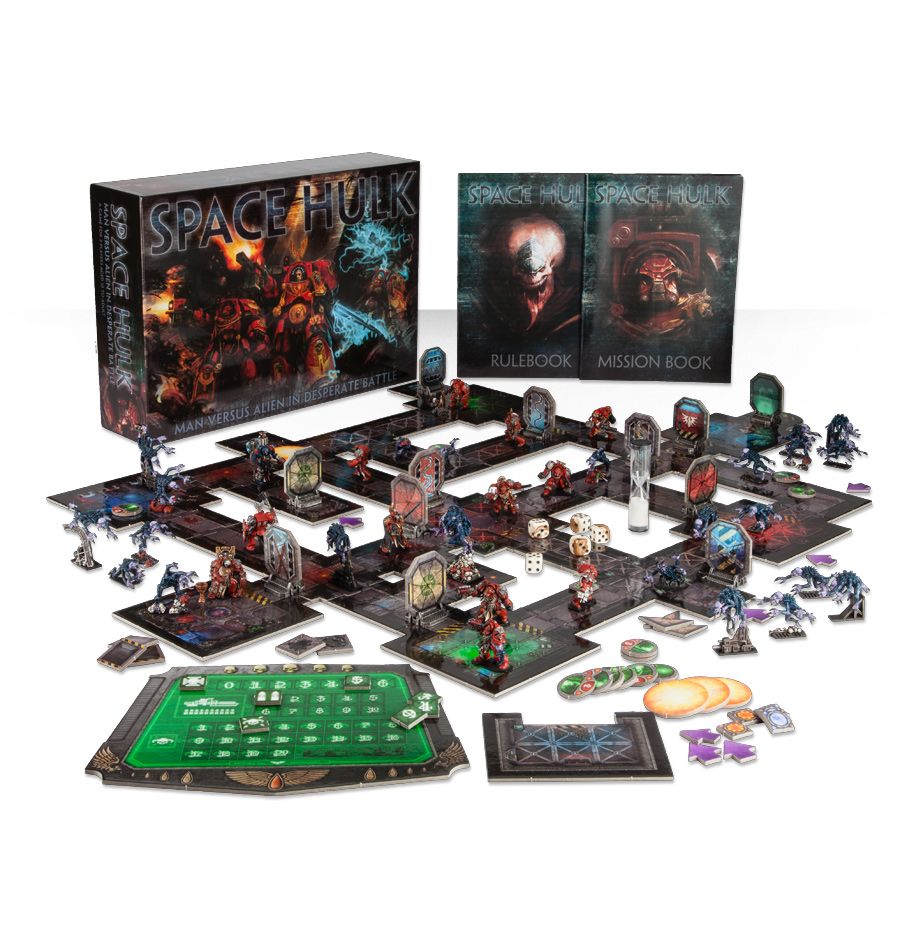 Game Workshop just announced a re-release for Space Hulk about an hour ago. Space Hulk is an iconic 2 player game that pits the tough-as-nail Space Marine Terminator in tactical dreadnought armour against the ravenous Tyranid Genestealer, part of the Tyranid vanguard on a hulking shipwreck.

While this edition is really just a v3.1, it contains 4 new missions, bringing the count to 16.  It also has “2 new boarding torpedoes [and] a brand new turbo-lift.”  The models appear to be unchanged.  Draining the wallet of $125 this game is a good deal if you want genestealers or Blood Angels terminators (or both).  The re-release allows everyone who didn’t want to get gouged on the secondary market to own a copy of the game now.  Please your pre-order here.

Also, GW has announced 3 new digital rules that allow you to swap in your Wolf Guard, Ultra Marine 1st Company or Death Wing terminators to take on the villainous Genestealers.