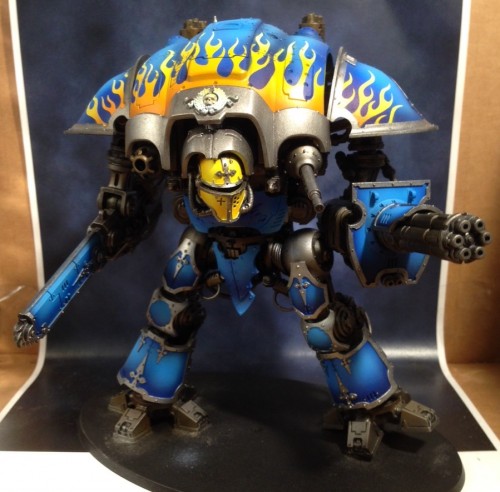 I’m planning on running a list of 5 Imperial Knights, most likely in the Exalted Court formation.  I had originally planned on running one of Forgeworld’s Knight Acherons, but I’ve dropped it from my current list in favor of more long-ranged shooting, something I’ve found that Knights sorely lack.  Don’t worry though, the Acheron is still on the painting table, and will be finished eventually.

The real focus of the army is the flames.  Knights are a huge canvas, particularly the carapace and shoulderpads, and I want to catch people’s eye from across the room with bright colors and contrast.  Artists far more skilled than me have discovered that it plays well with audiences (read this article), so who am I to argue?  To contrast this, I’m making the superstructure of the body a dark, weathered metal, and the trim of the armor plates a bright silver.

Without further ado, here’s my full army (plus the Acheron): 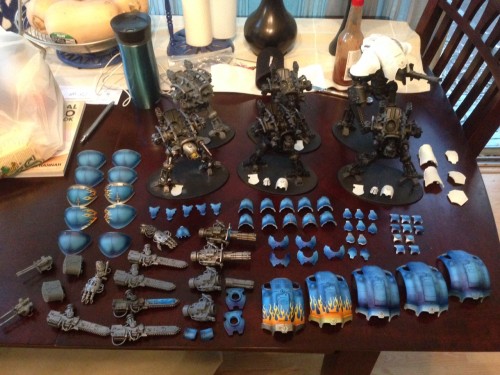 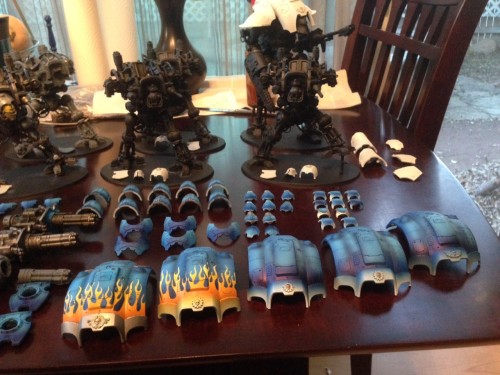 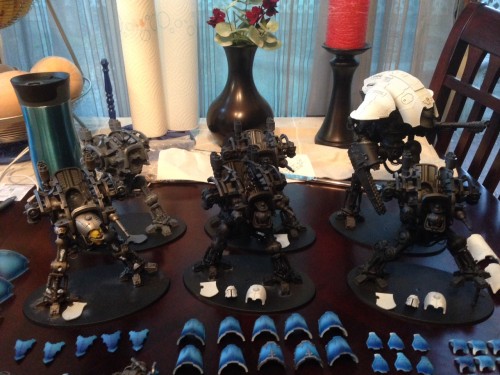