Over the weekend the League of Painters attended a local Warhammer 40K team tournament.  The event also had a painting competition hosted by the game store running the 40k event.  In coordination with the launch of the new Space Marines codex, Olde World Gaming challenged its customers to paint a Space Marine.  Any chapter, loyalist or traitor, on foot, mounted, in terminator armor or in power armor.  Stephen and I both decided to paint librarians.  In fact, this event has spawned a three-part challenge between us (more on that later).

I was pleasantly surprised to see a large number of entries.  I think the final count was over 20 models.  Entries ranged from new painters to excellent paint jobs, but most importantly people where painting models and learning new techniques.  The FLGS owner waded through the field and selected what he deemed to be the top four entires.  My own personal opinion lined up with his selection exactly.  There were a few other models that were really close to making the top four, but he had to draw the line somewhere.  He mentioned that he had wanted to thin the contest down to the top three, but was unable to do so.  I can’t disagree with his choice, and the final voting also showed that all four models were literally neck and neck.

I was happy to see the judge sit down with each painter and go over constructive feedback about their model’s judging.  I think this was a nice touch and may be helpful for some of the painters as they continue to practice the art.

Here are a few of the entries whose owners let their models pose for my phone. 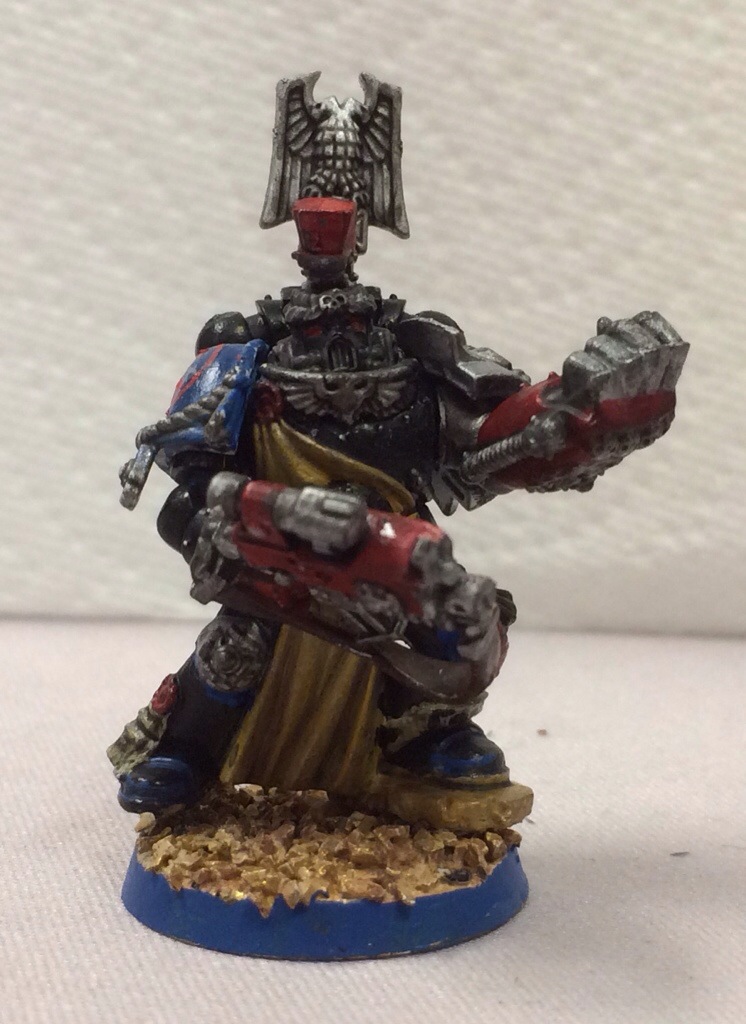 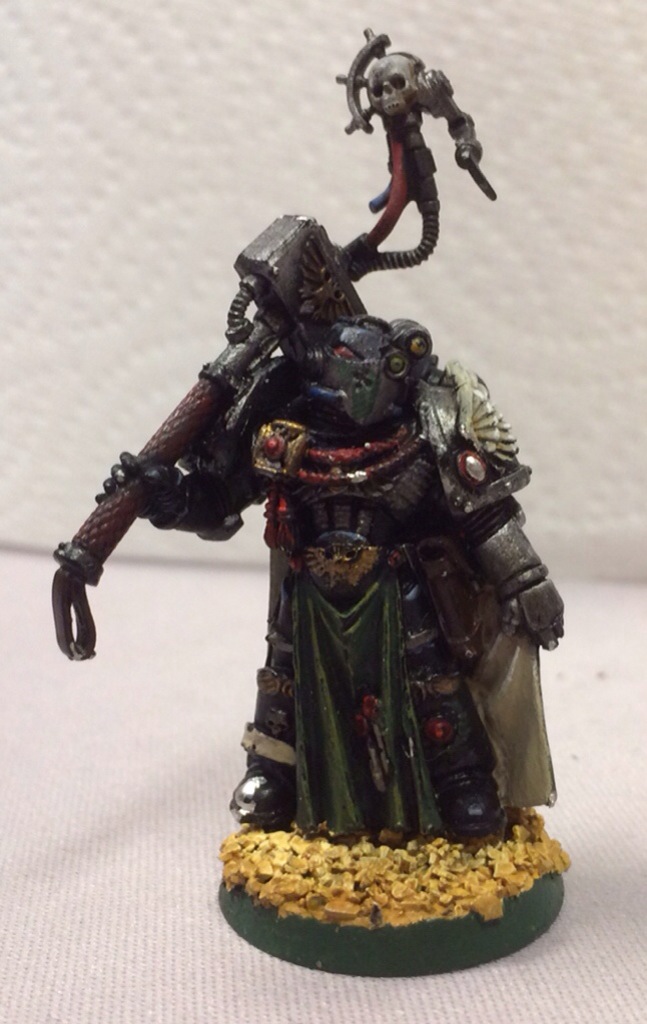 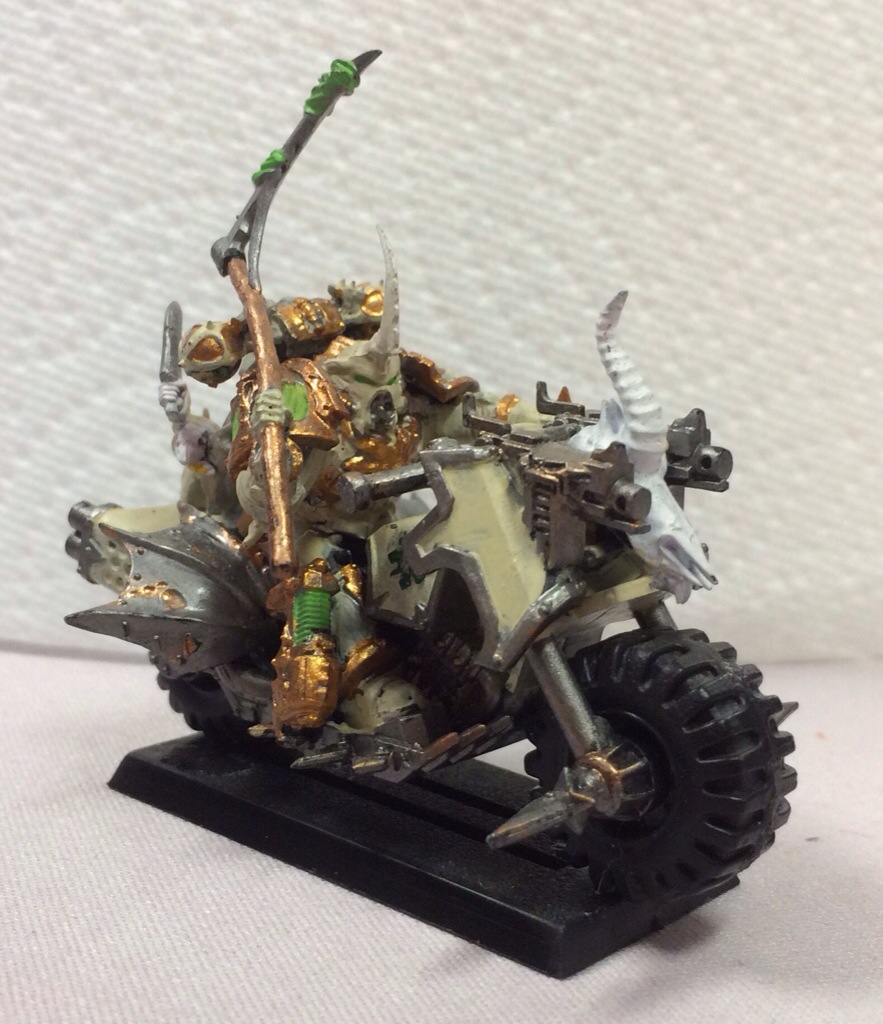 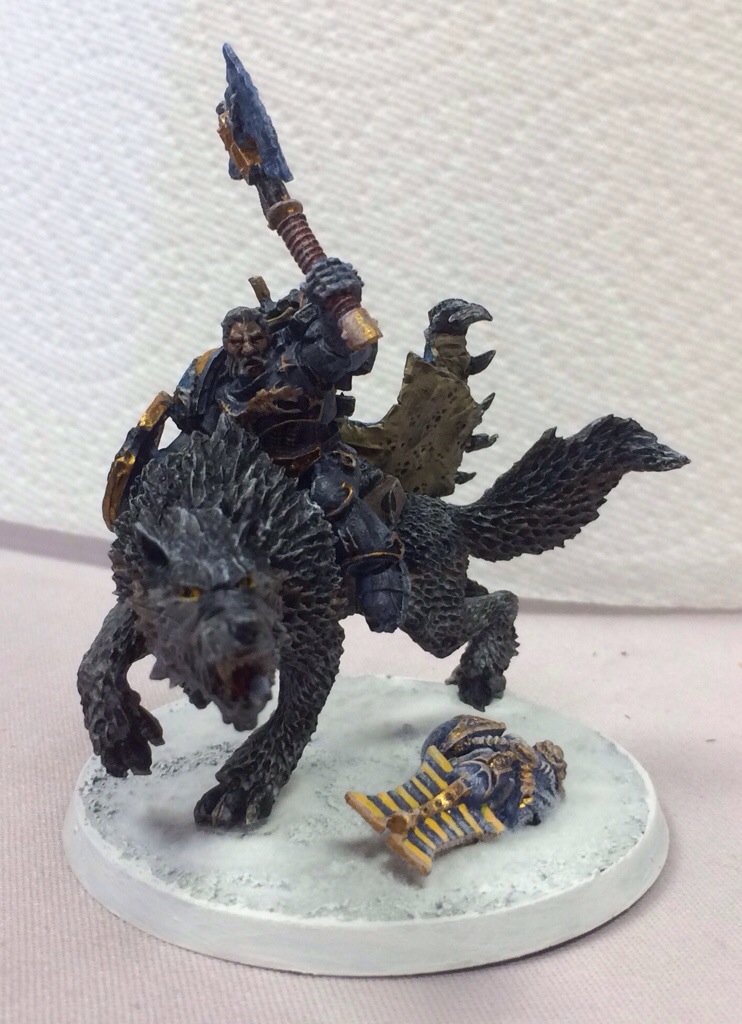 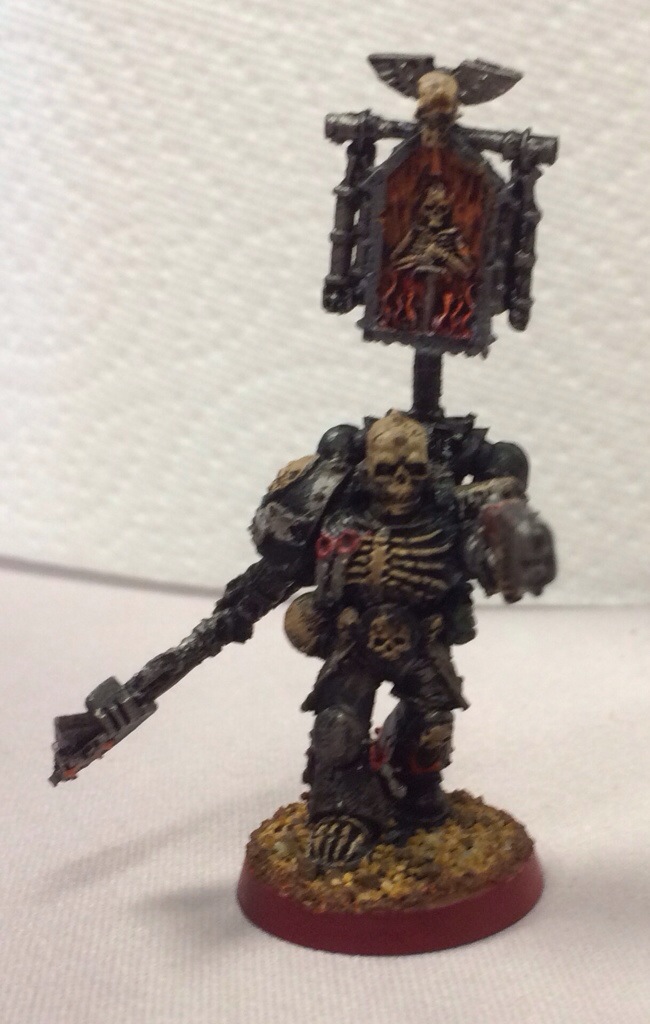 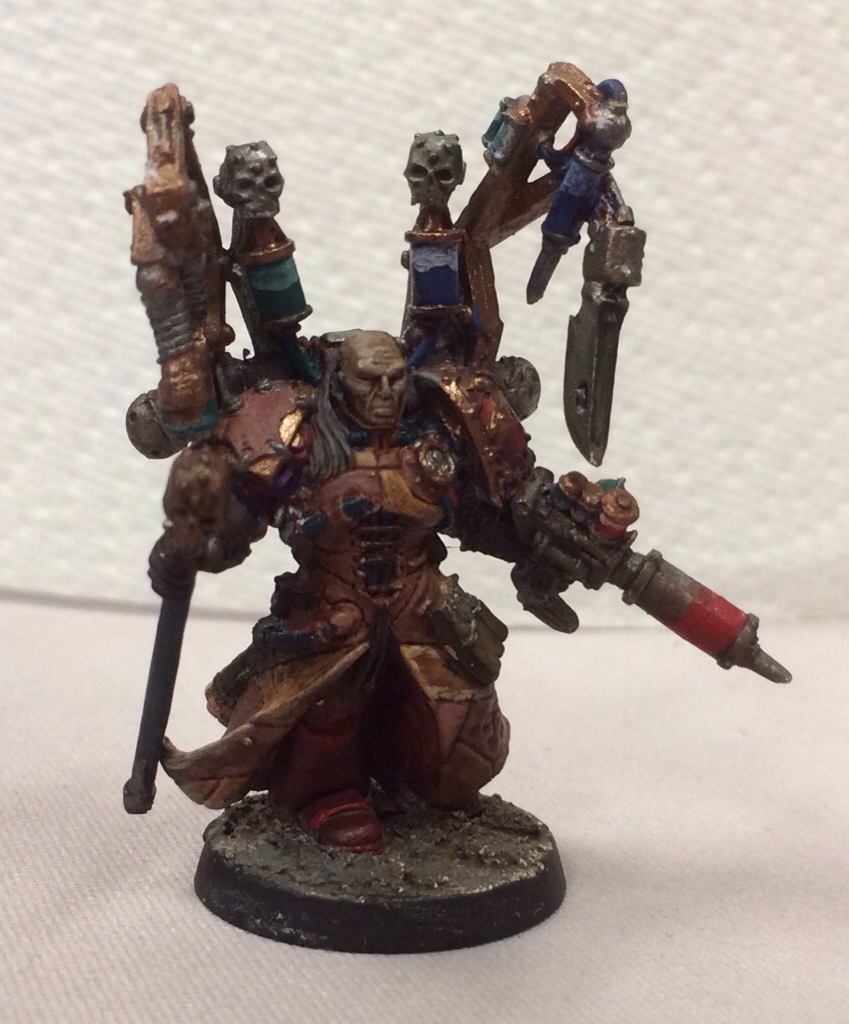 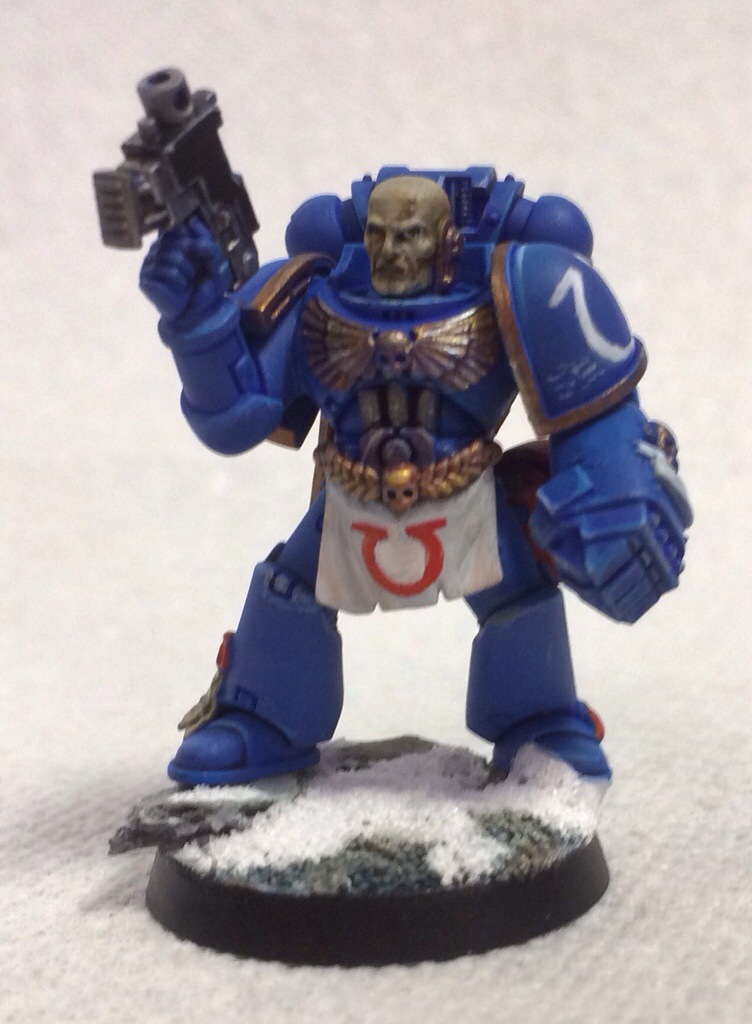 I really liked the detail of the helmet hanging from the model on this sergeant. 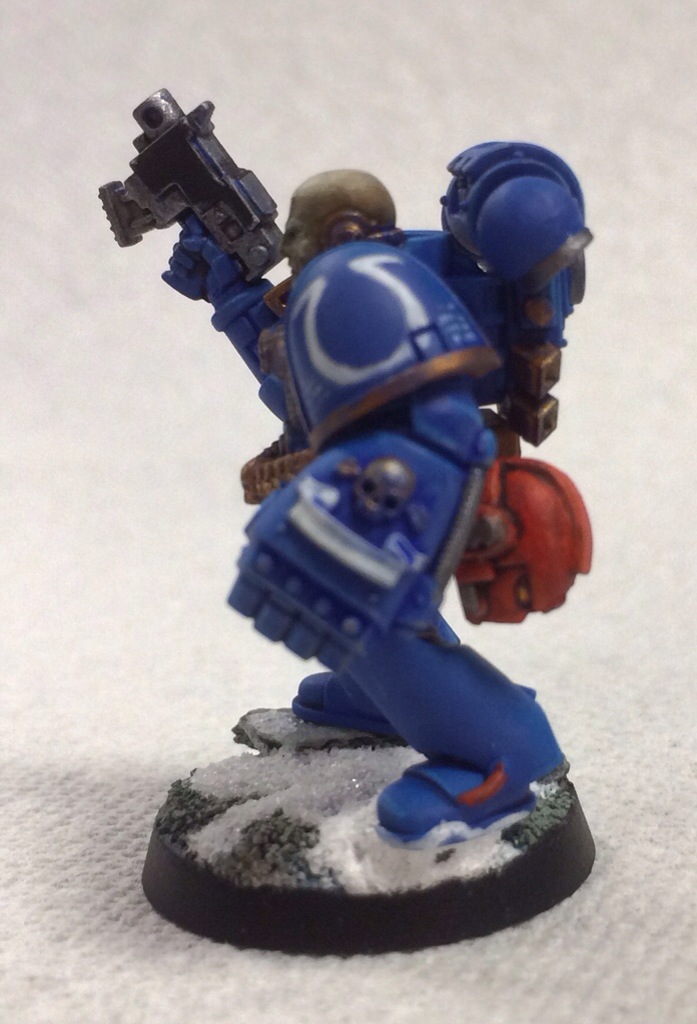 As you may have seen, Stephen opted for the Dark Vengeance box’s Dark Angels Librarian, in plastic, while I went to the shelf in my office and pulled out a Rune Priest, in metal, that was sitting with a base coat on his power armour only. Much taunting ensued over the weeks while we worked on our models. I tried two new techniques on mine, both the snow basing that can be seen in a previous article and also use of the airbrush for the blade on the runic axe.

The Grey Knight, Dark Angel Librarian and Space Hulk Librarian each received three votes while my Rune Priest took first place with just four votes.  Congratulations to everyone that entered and certainly to the three-way tie for second. 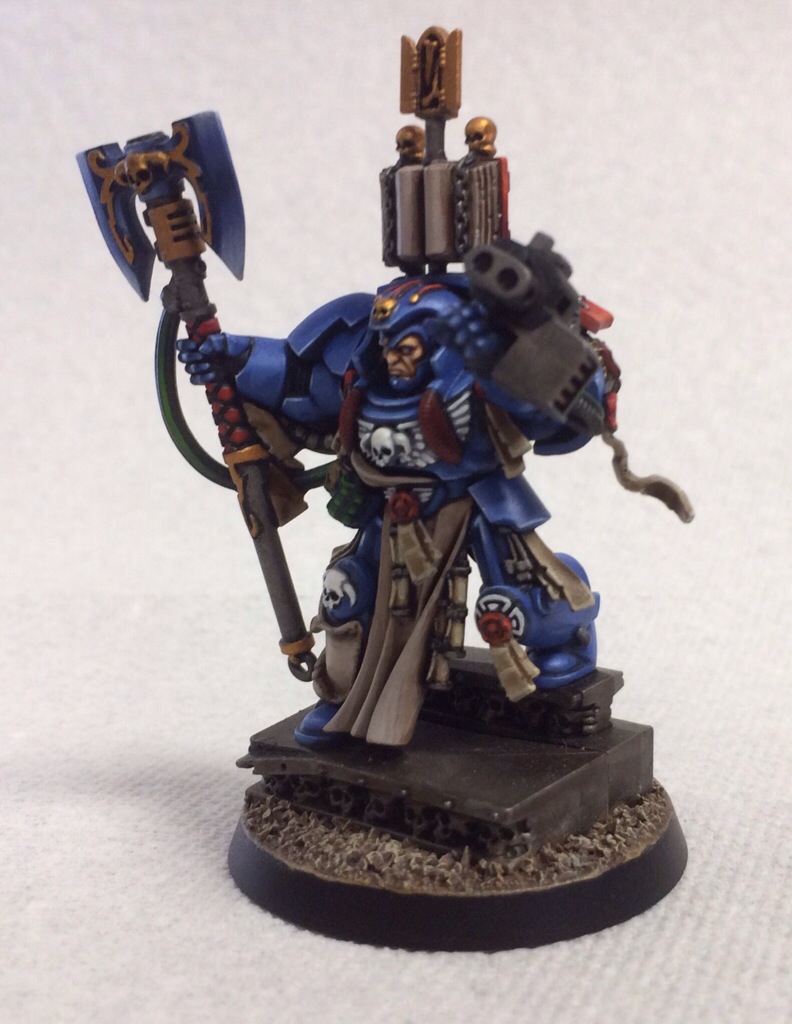 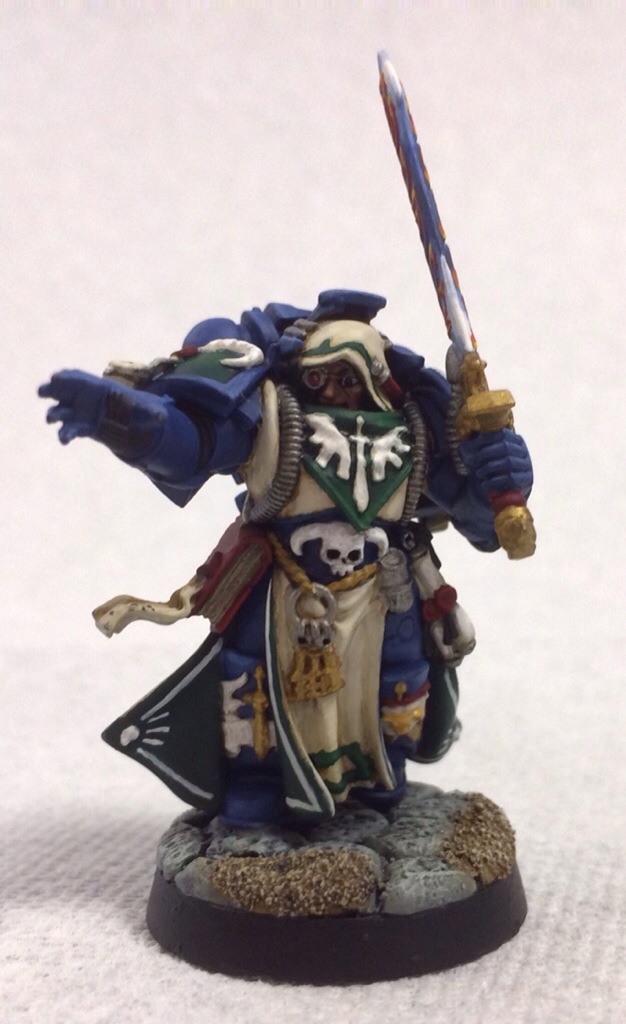 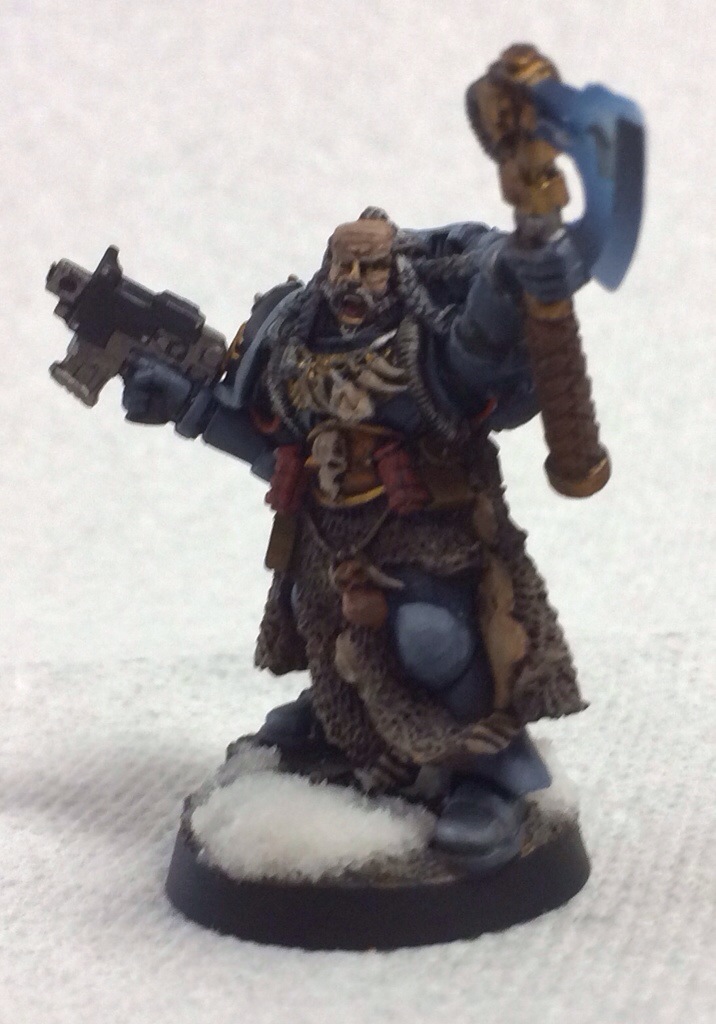 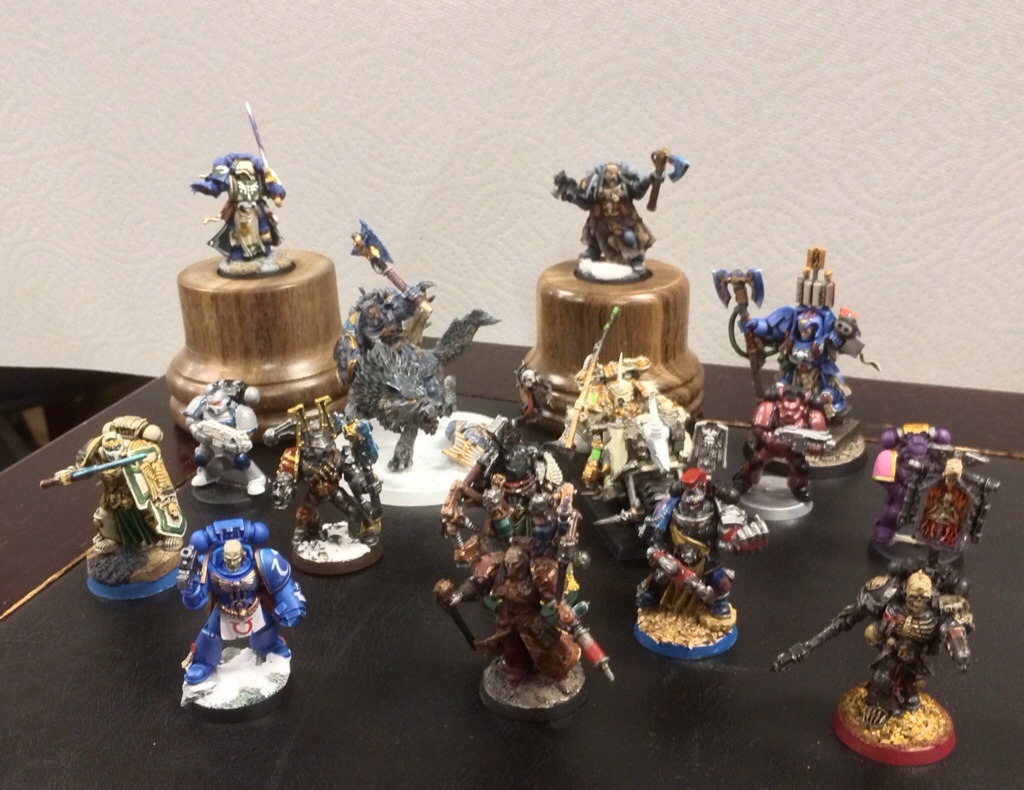 One more shot of all the models I could catch. About half of the artists had already collected up their models. 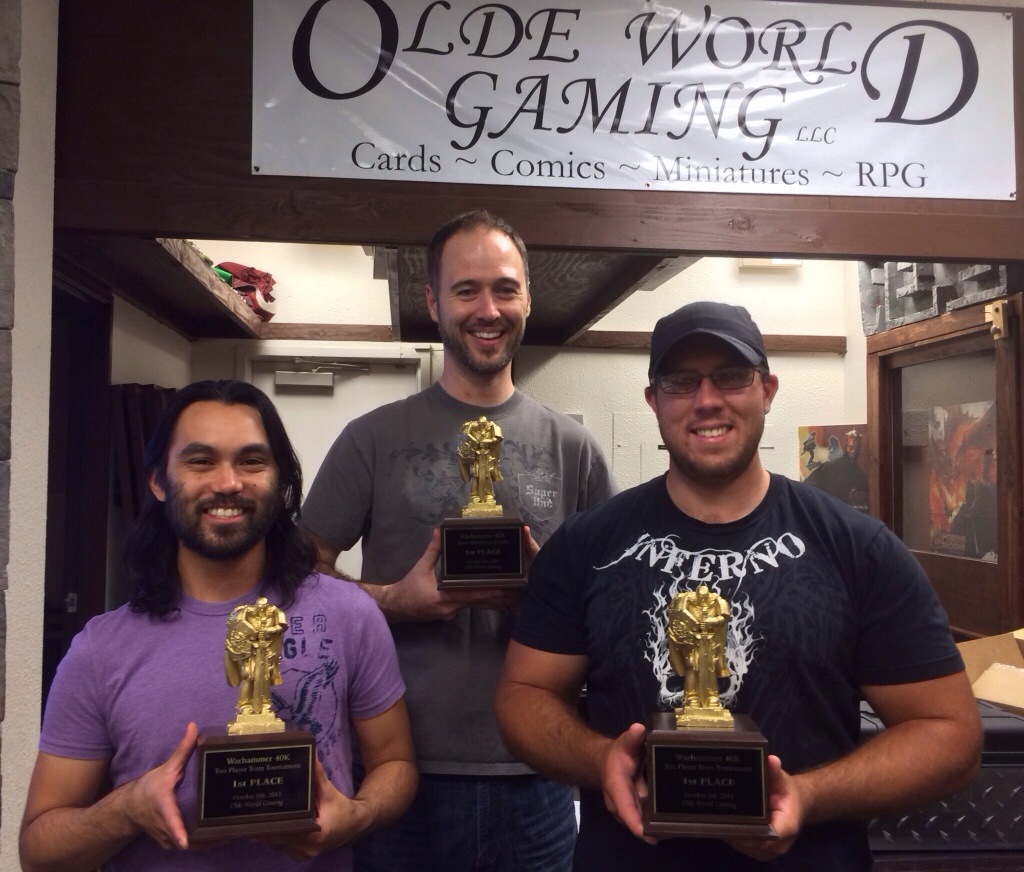 From left to right: Mikko, Peter and Gordon.
Mikko and Gordon took the team tournament by a healthy margin. Joel and Taylor won second place and Stephen and I just barely edged out Keith and James for third place. I think everyone had a great time.