Here are the rest of the pictures that Keith took as promised last night.  I really wish I had taken pictures because there we so many armies that were very nice looking.  Out of 60 armies, 20 were selected by the judges for final scoring.  I would say that there were probably 30 armies (or half the field) that could have made the final cut – Keith’s Tau included.  Not having played at GTs outside the local area I’m not sure if this is normal, but we have a ton of excellent artists that make their way to Great Escape Games for large events. 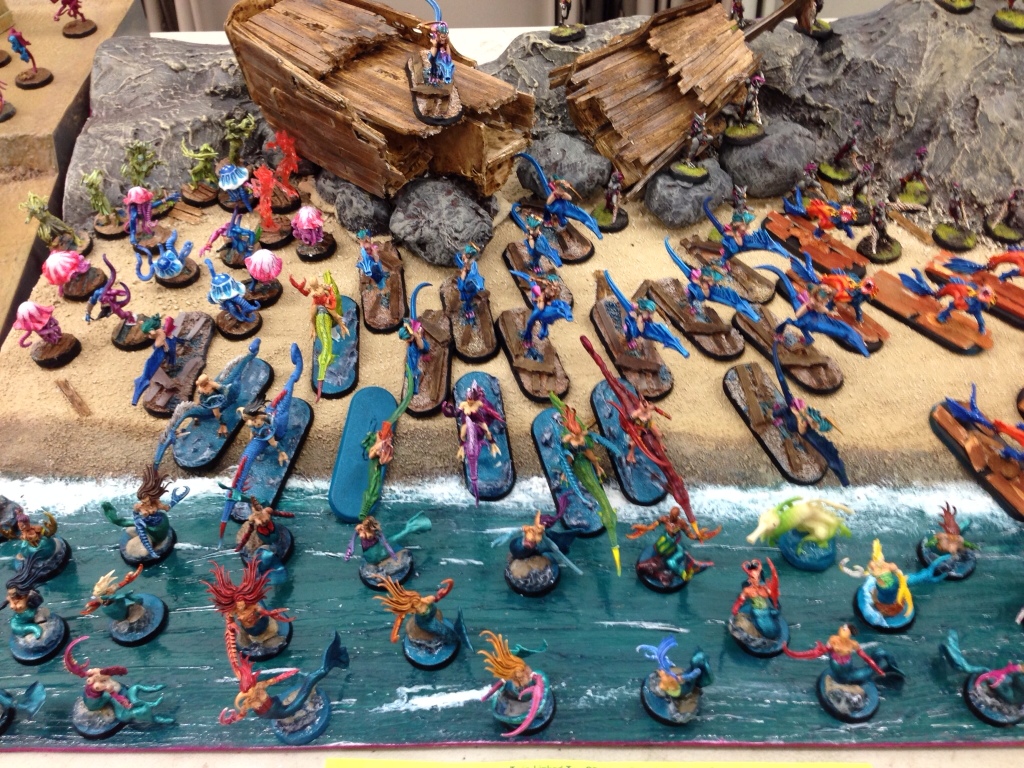 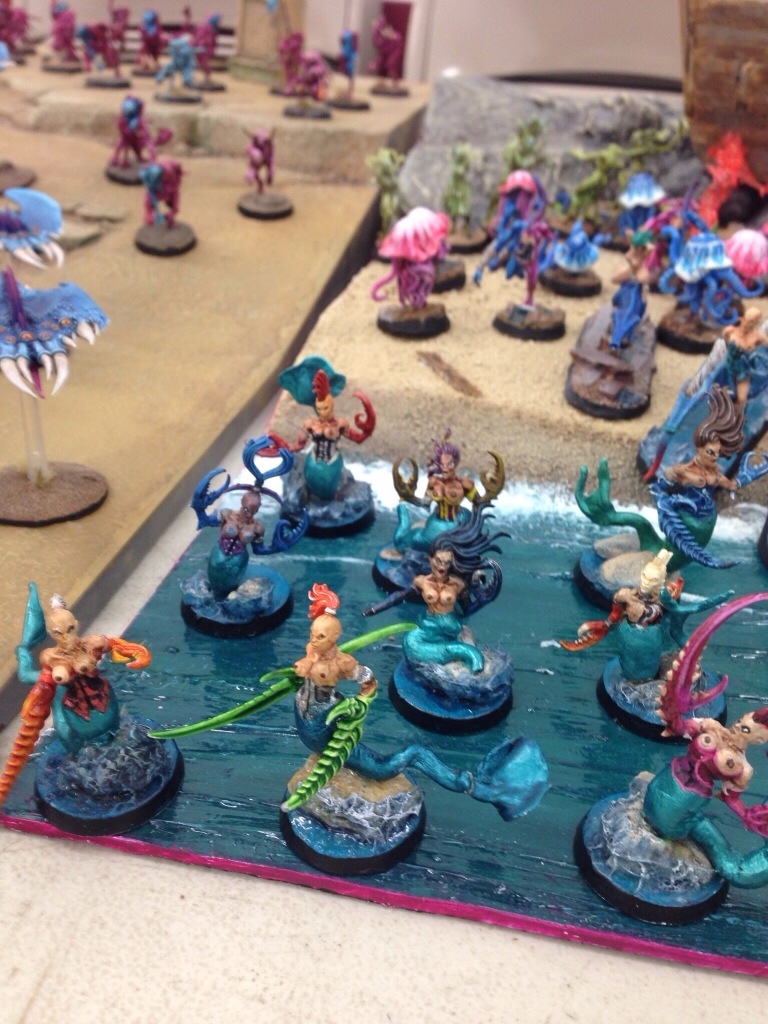 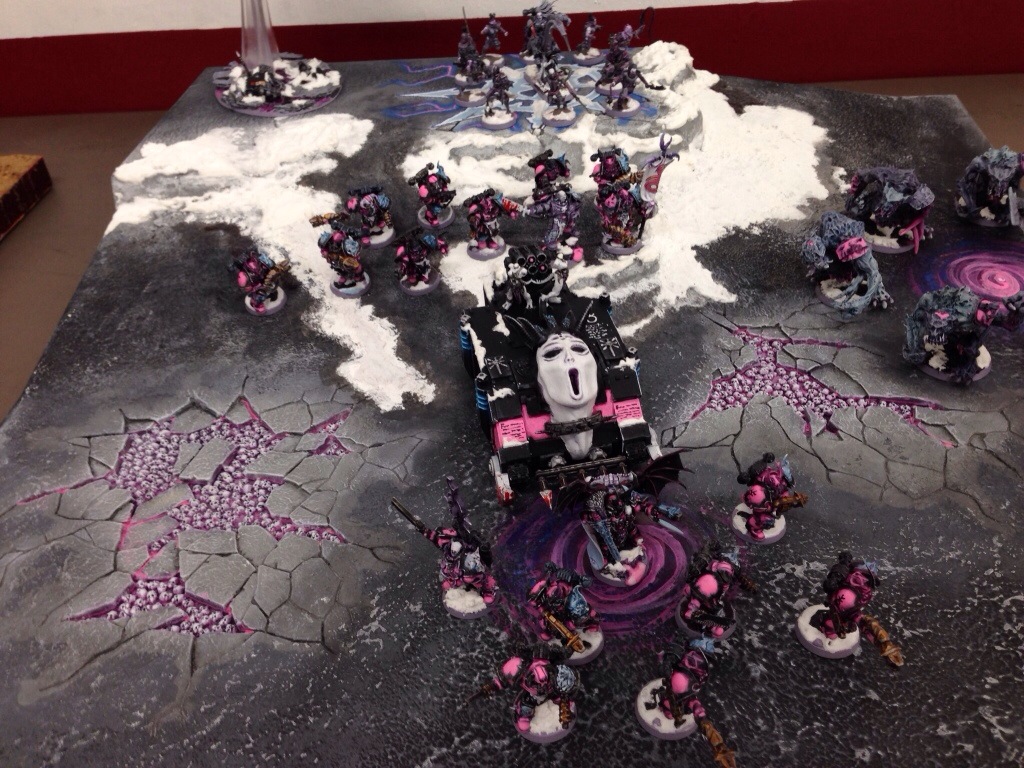 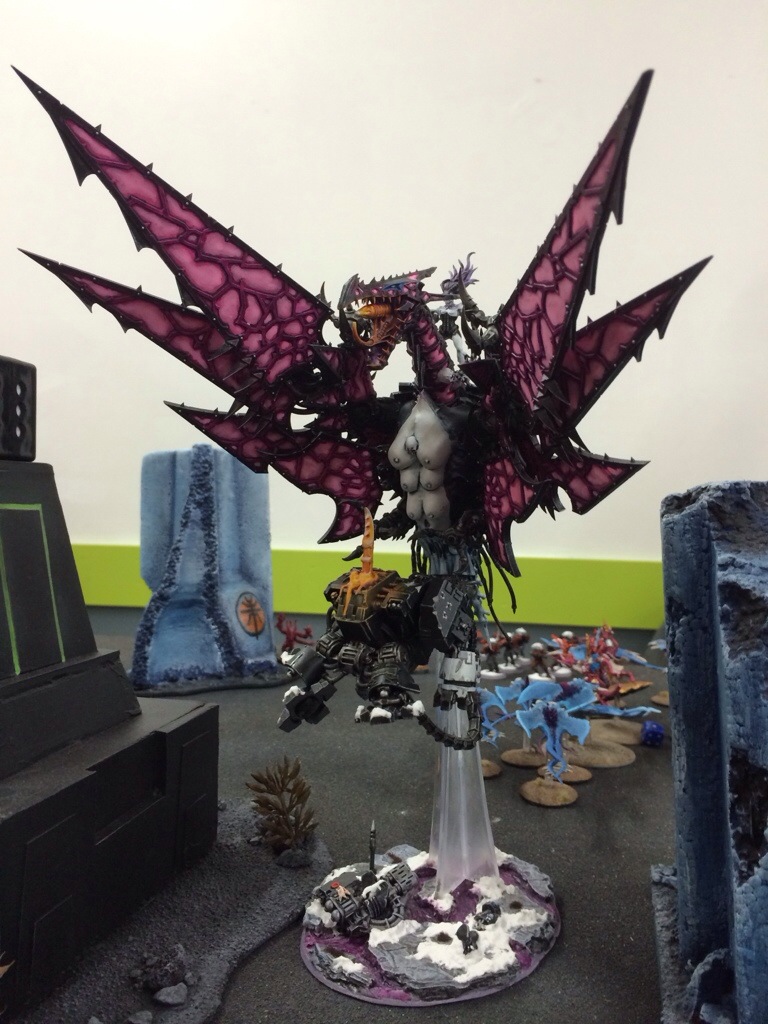 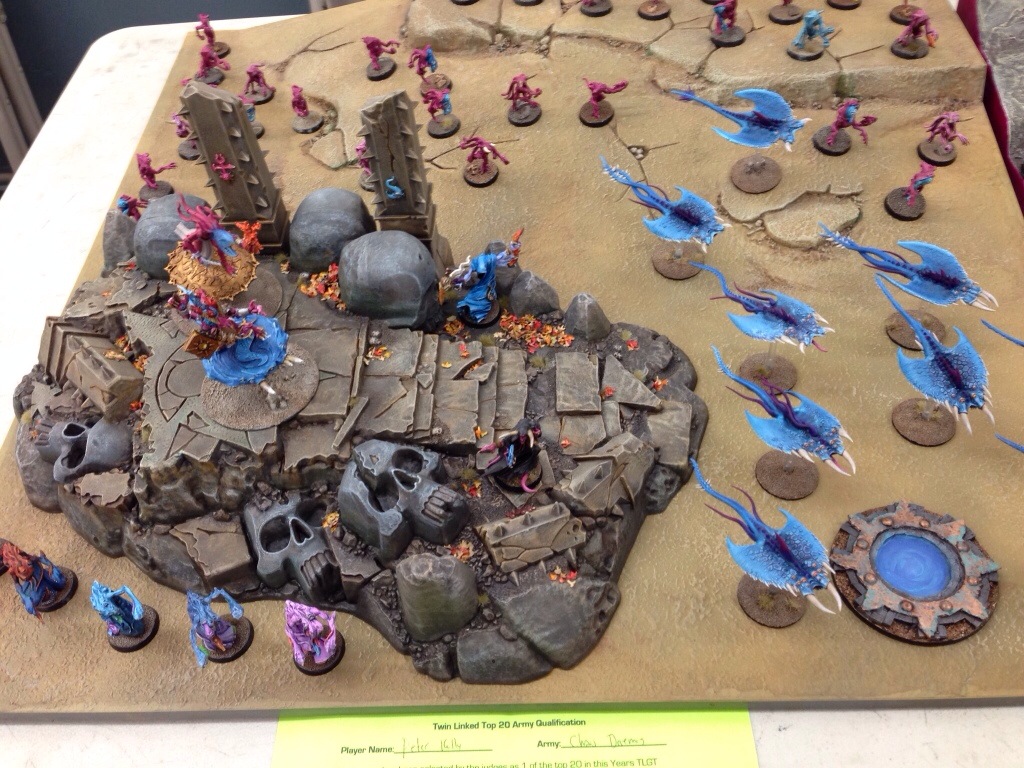 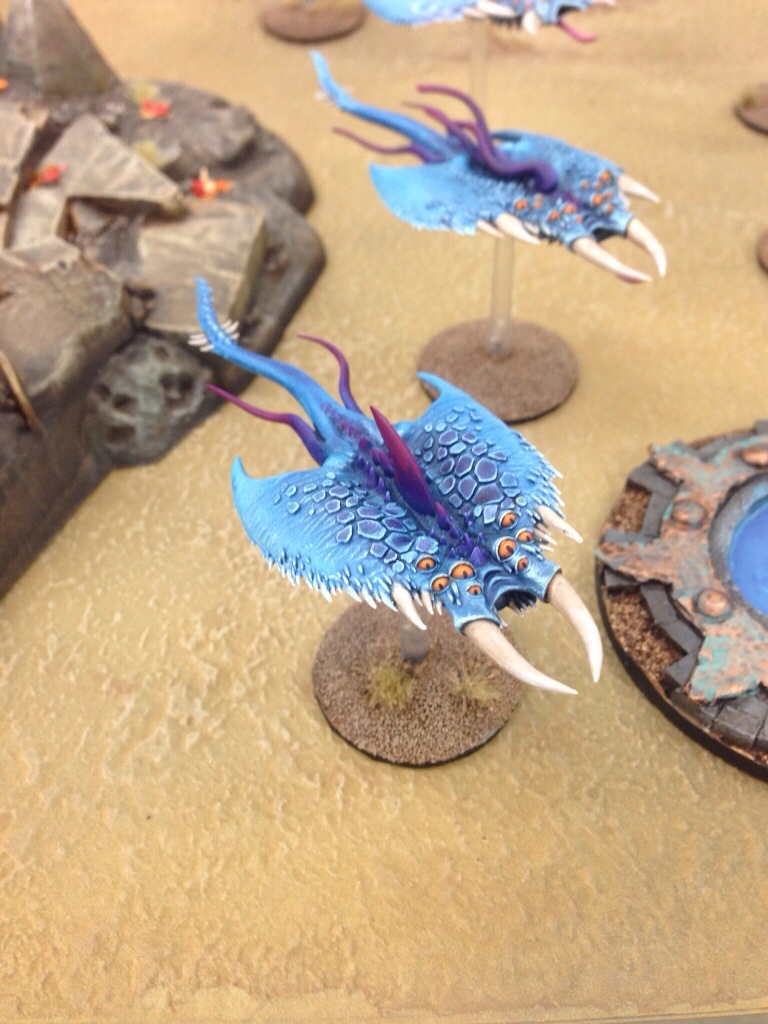 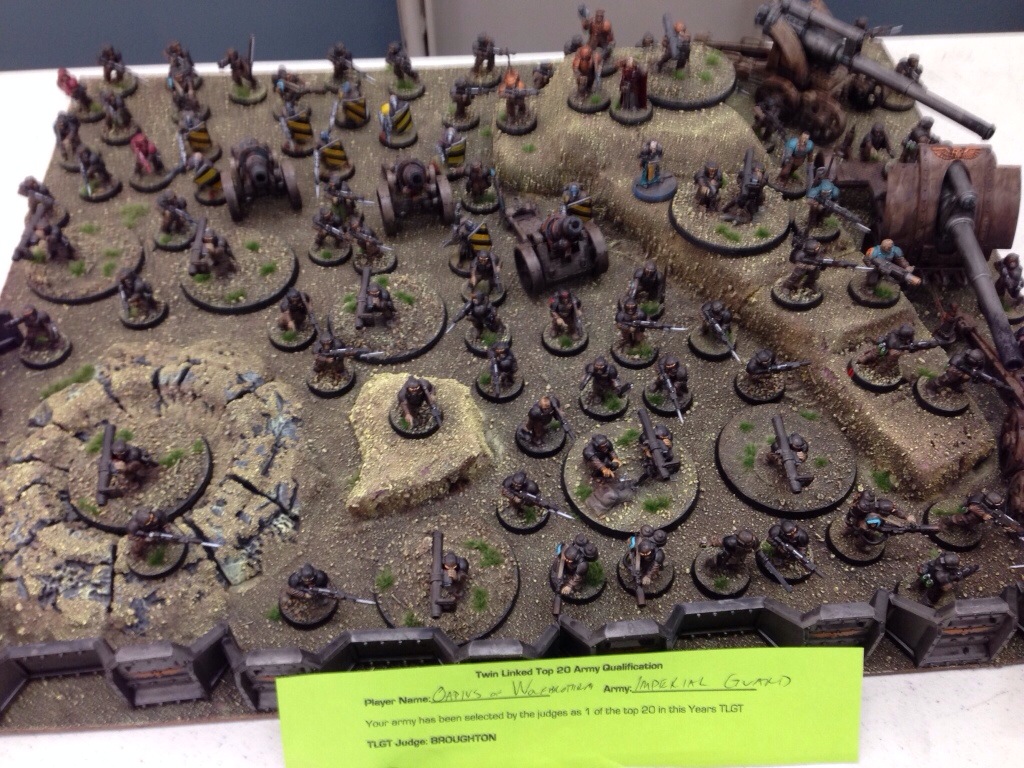 A few action shots of our last game Surf n’ Turf against Vicious and Delicious.  You can see Keith’s Tau on the right 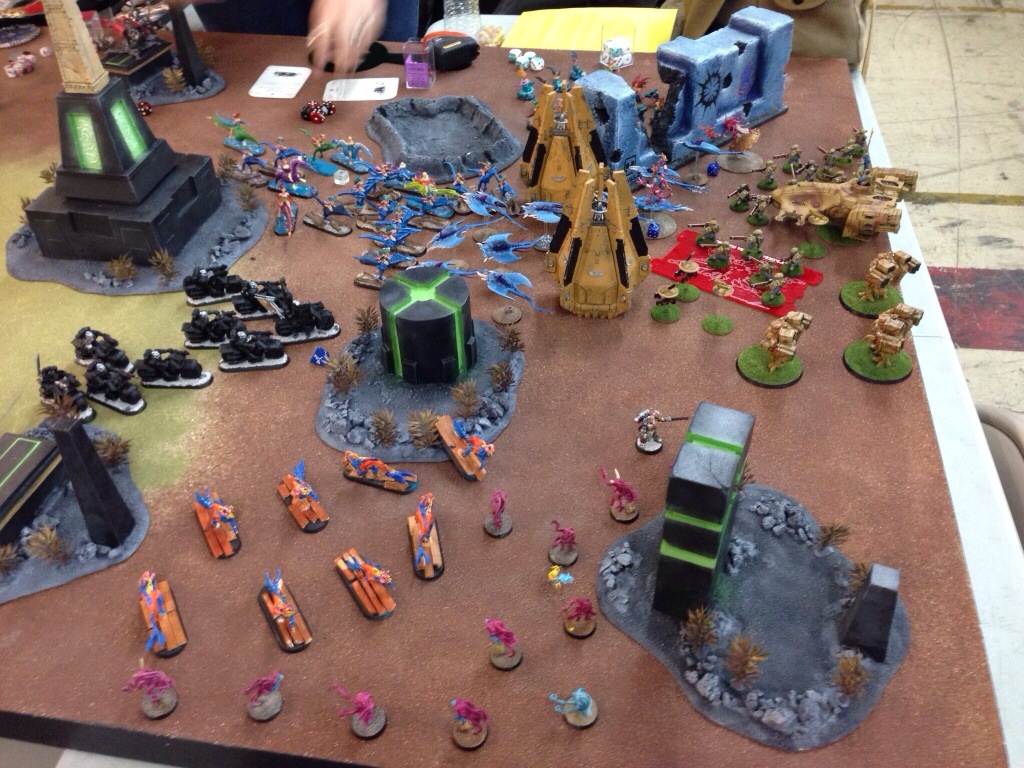 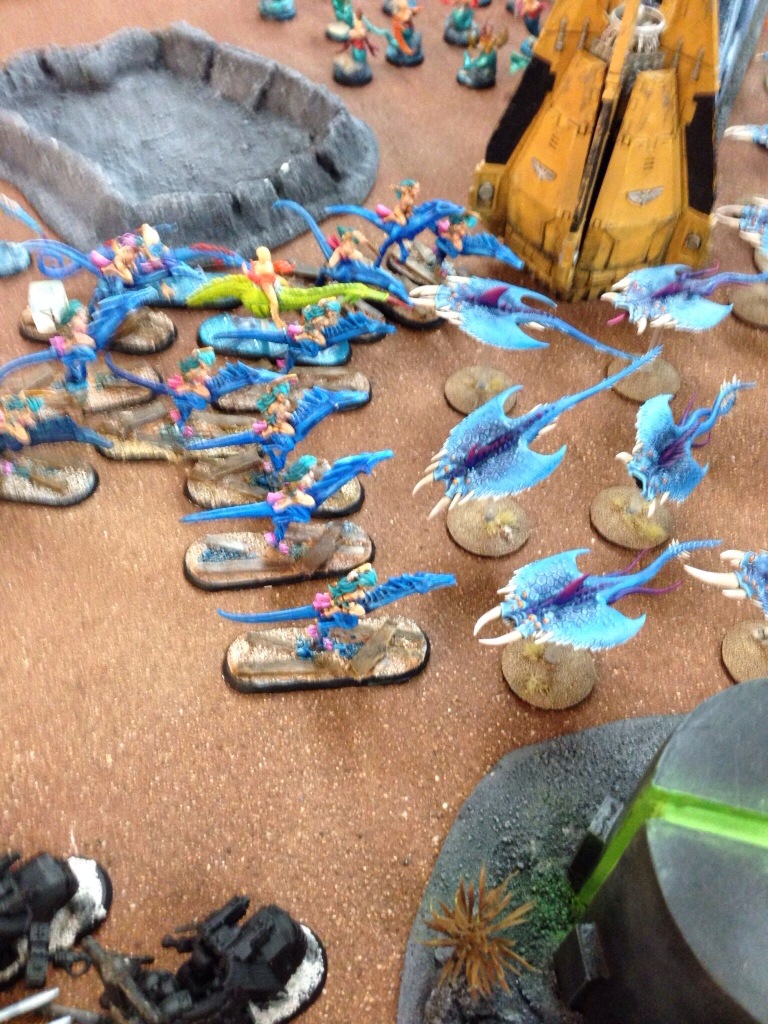 You can find more coverage of the event below:
Intro and Group Picture
Pictures (part 1)