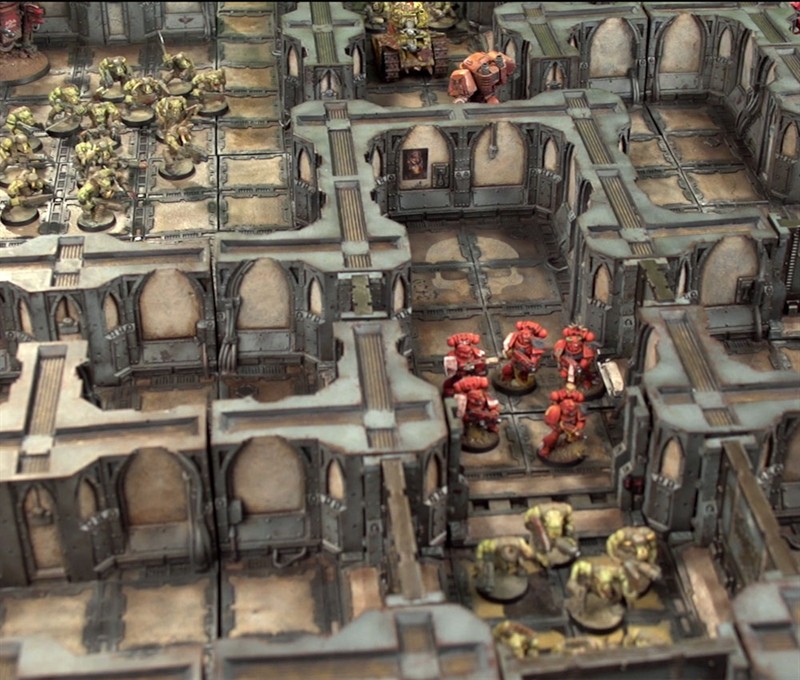 Zone Mortalis board at Warhammer World

I’ve been aware of the Warhammer 40k-based game, Zone Mortalis, for about two years now.  Zone Mortalis is a rule set created and maintained by Forge World and it reminds me of one of my all-time favorite games, Space Hulk.  I would say that if you wanted to recreate the feel of Space Hulk using your existing models and rules, and play something other than Blood Angels or Genestealers then you want to try Zone Mortalis.

If you want to get straight to the meat and potatoes, so to speak, then the rules are freely published on the Forge World website here:
http://www.forgeworld.co.uk/Downloads/Product/PDF/z/ZM6thUpdate.pdf

As Erik mentioned in his previous post about the Independent Characters’ Hobby Progress Challenge (here) the first half of the HPC is to paint a Zone Mortalis (ZM) force.  What a great excuse to play some games and do some hobbying related to ZM.

I’ll be painting up Tyranids for this year’s HPC; something I’ve wanted to do for a while.  This will also be my first year in the HPC.  We’re also going to have to build some ZM terrain.  So, in future posts on ZM we’ll cover the following:

So, stay tuned for some Dark Angel on Tyranid battles in the Zone Mortalis.  I’ll leave you with another ZM image from Games Day.

Zone Mortalis board from Gamesday