I purchased a Mark I Tablewar full size case over a year ago and it quickly became my go-to case for regular local transport of my army to games and tournaments.  I like that I can put units onto small unit trays and then place the unit trays onto either my book shelf at home, or a shelf in the case for transport.  It helps at tournaments to be able to deploy models quickly from my case without dealing with removing models with lots of pointy bits from foam.

When Doug and Todd launched their Kickstarter for the mini case I was the first to back it.  I’m still not entirely sure what I’ll do with the mini case, since it is quite small, but I may use it for transporting models I’m painting or small skirmish armies. 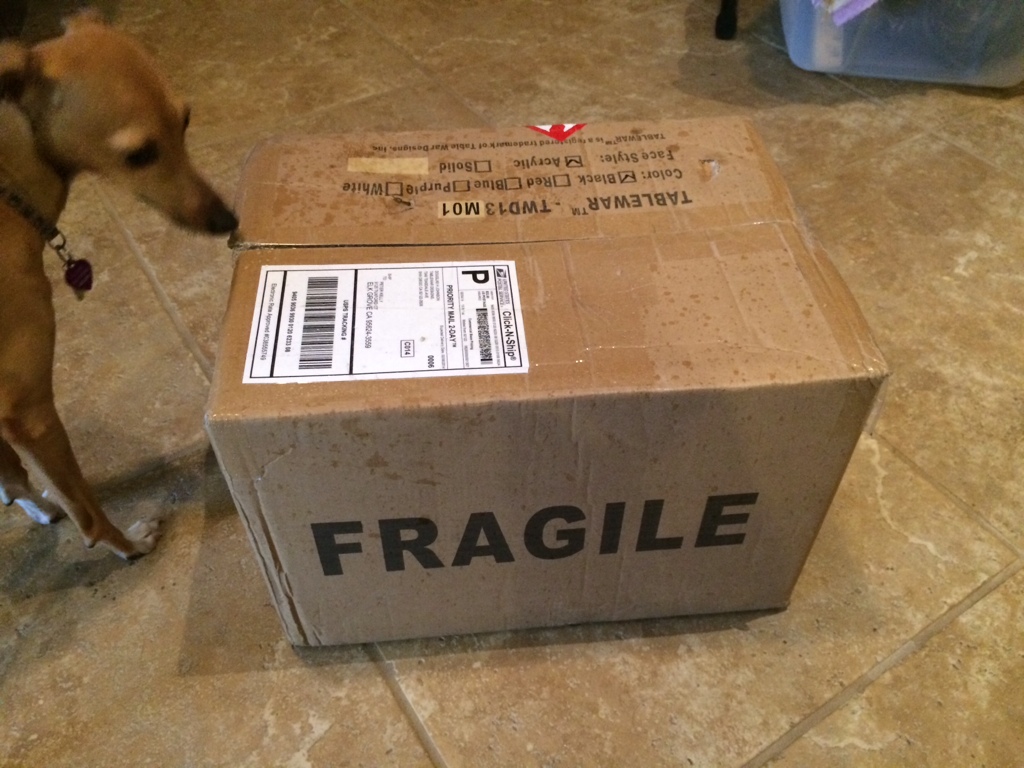 Here’s the dog checking out the package.  She smells something… 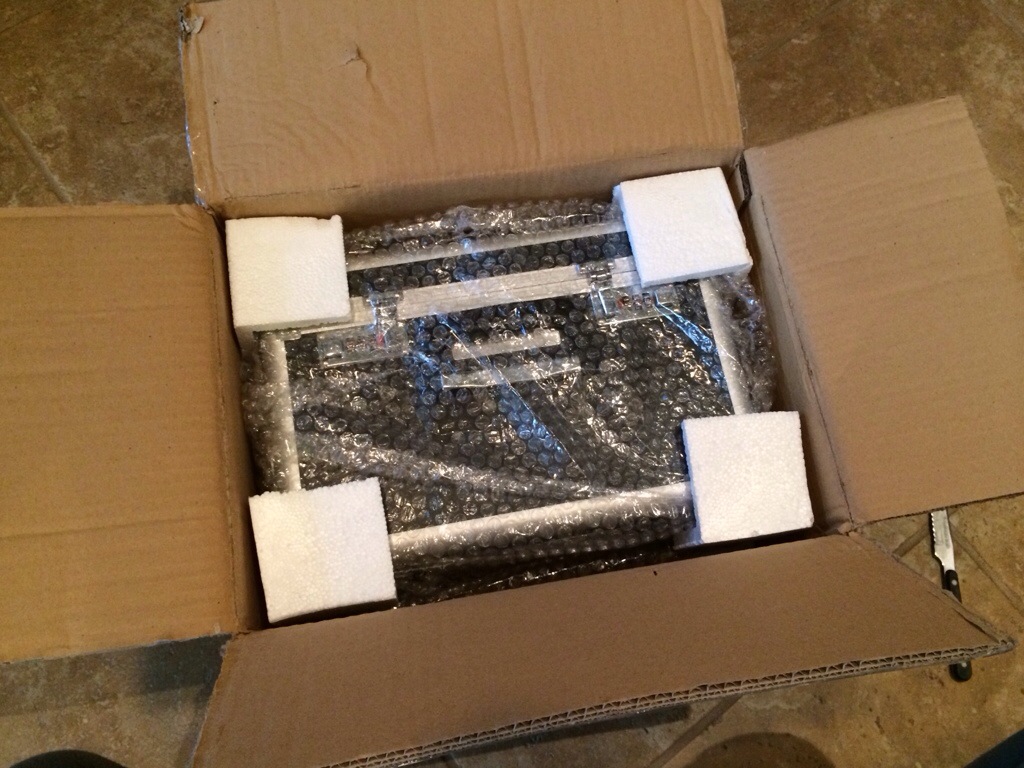 As always, these things are packaged well. 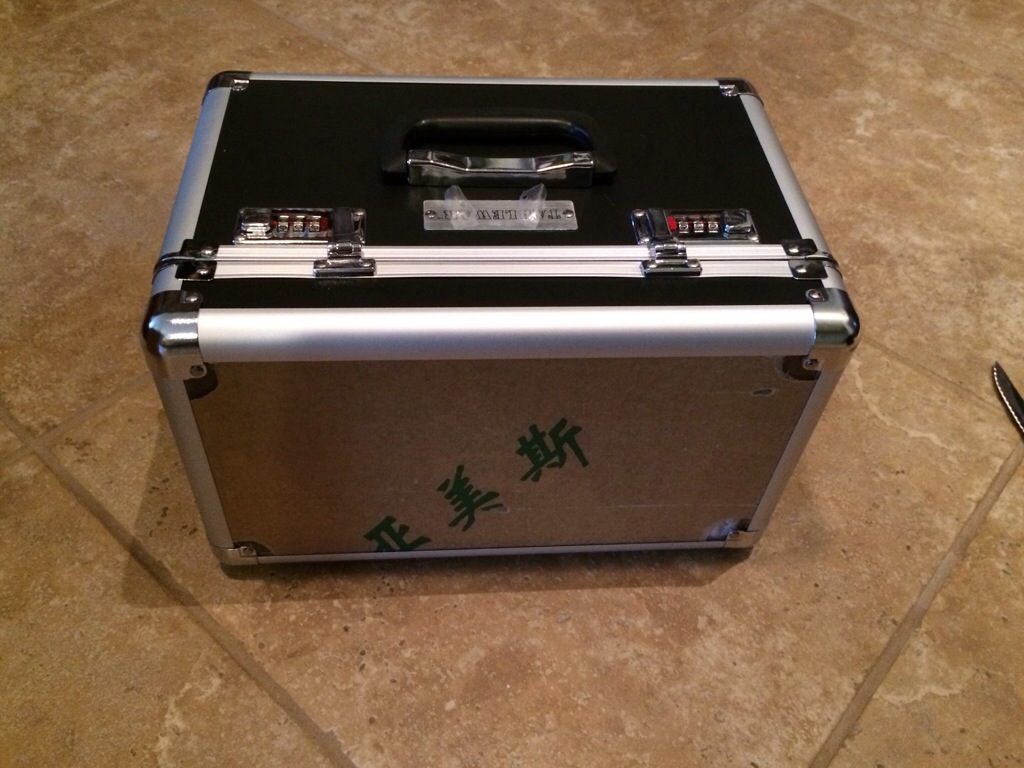 Here it is, the tiles are 20″ to give some perspective.  Little did I know that the paper on the acrylic cover was going to be unbearably difficult to remove. 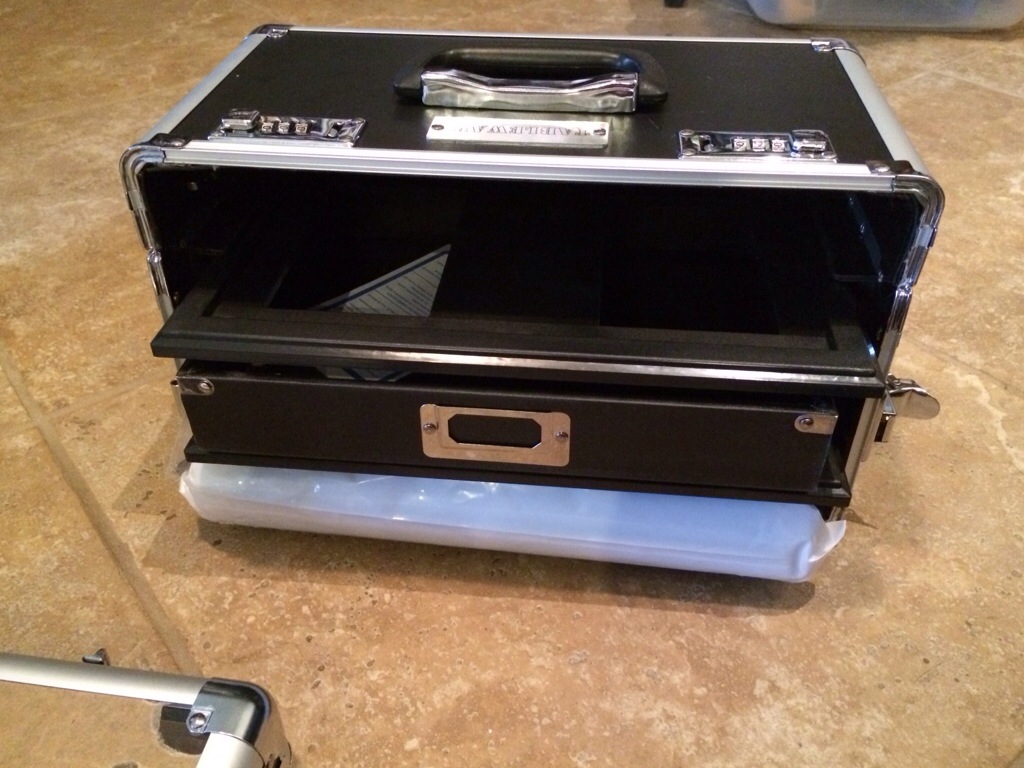 If you actually use the tray, there is not much room left inside for models. 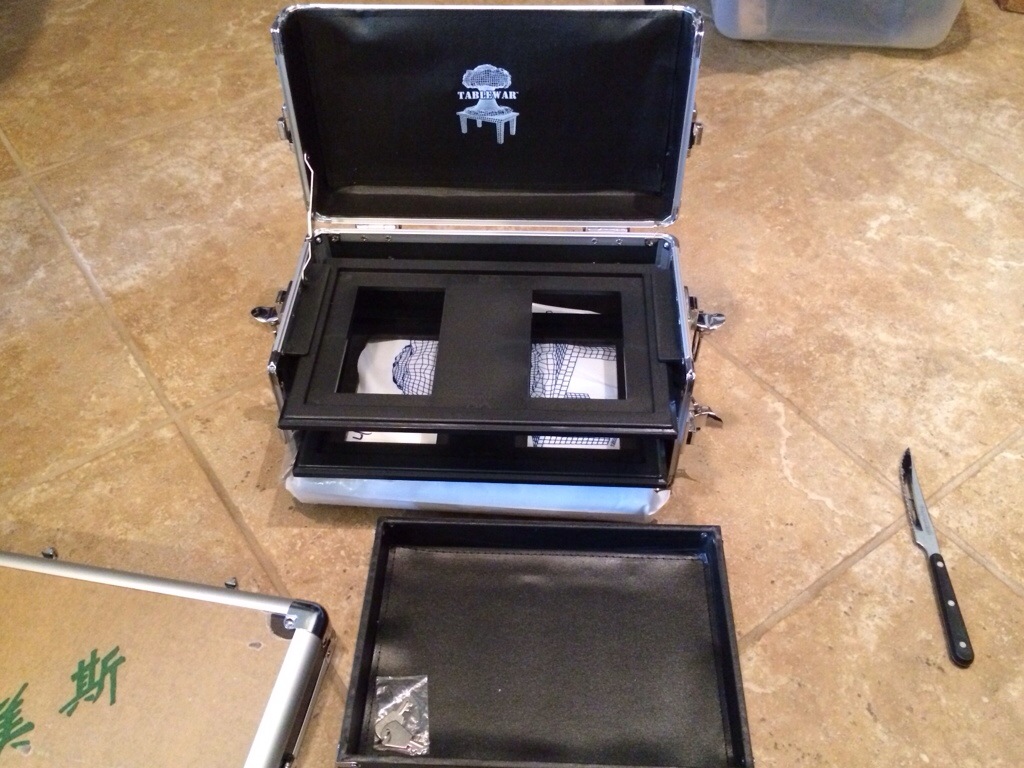 It opens up nicely like the full size.  I tried putting a heldrake inside, bt unless I place the tray on the bottom of the case, rather than on the lowest rack, it doesn’t fit.  Bummer, it was close. 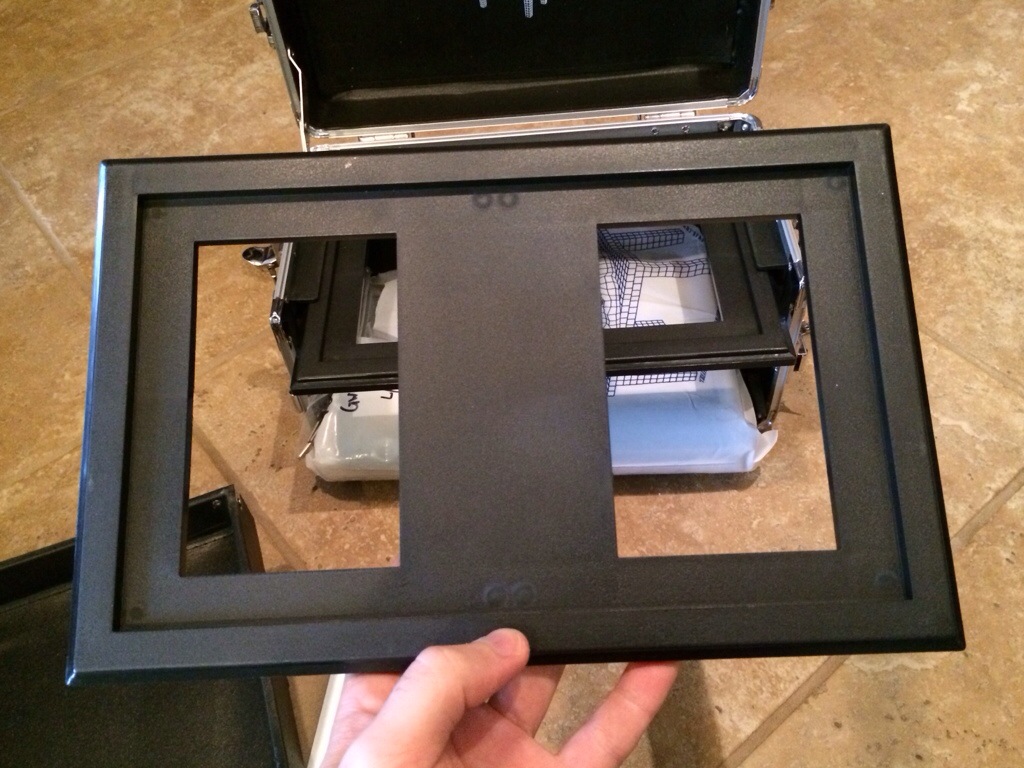 The new double-wide shelfs are cool, but the double-wide tray is even cooler.  Now I can fit all 9 screamers on a single tray easily with room to spare. 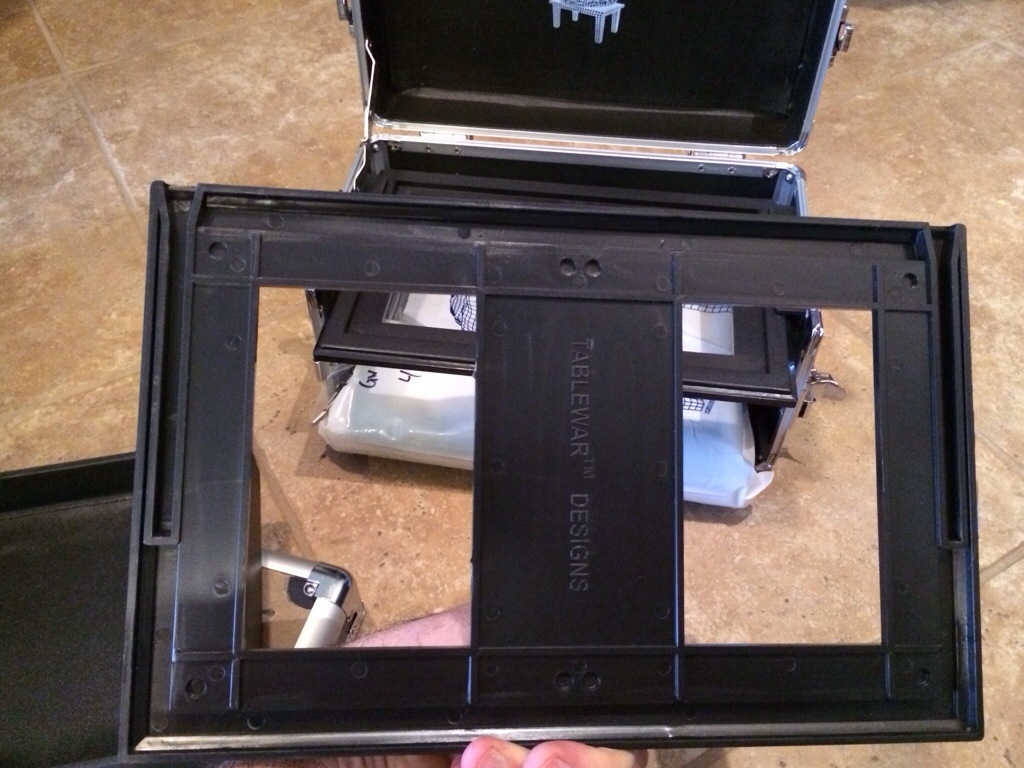 The injection molding on this product looks just the previous products.  Places for magnets.  Basically, the same as before, but smaller. 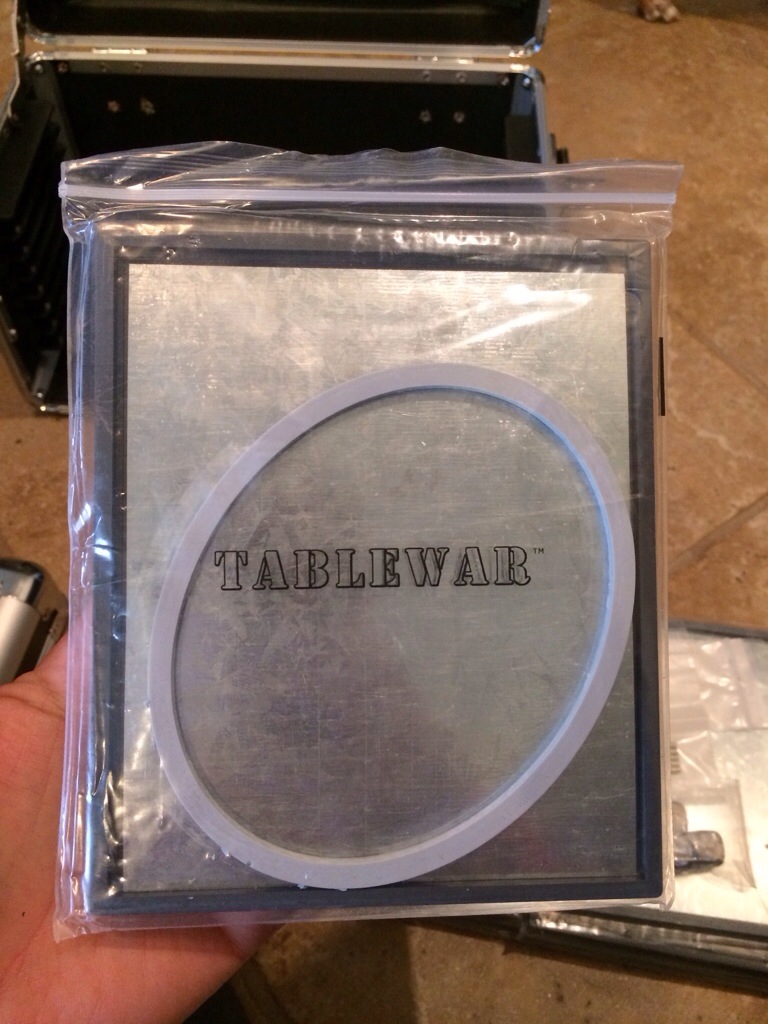 I picked up a few extras, include this black tray with ring for a flyer/large MC base.

That’s it for now.  I’ll come back later this week with a part 2, including measurements with a tape-measure in the photograph, and some shots of the case loaded up with models.