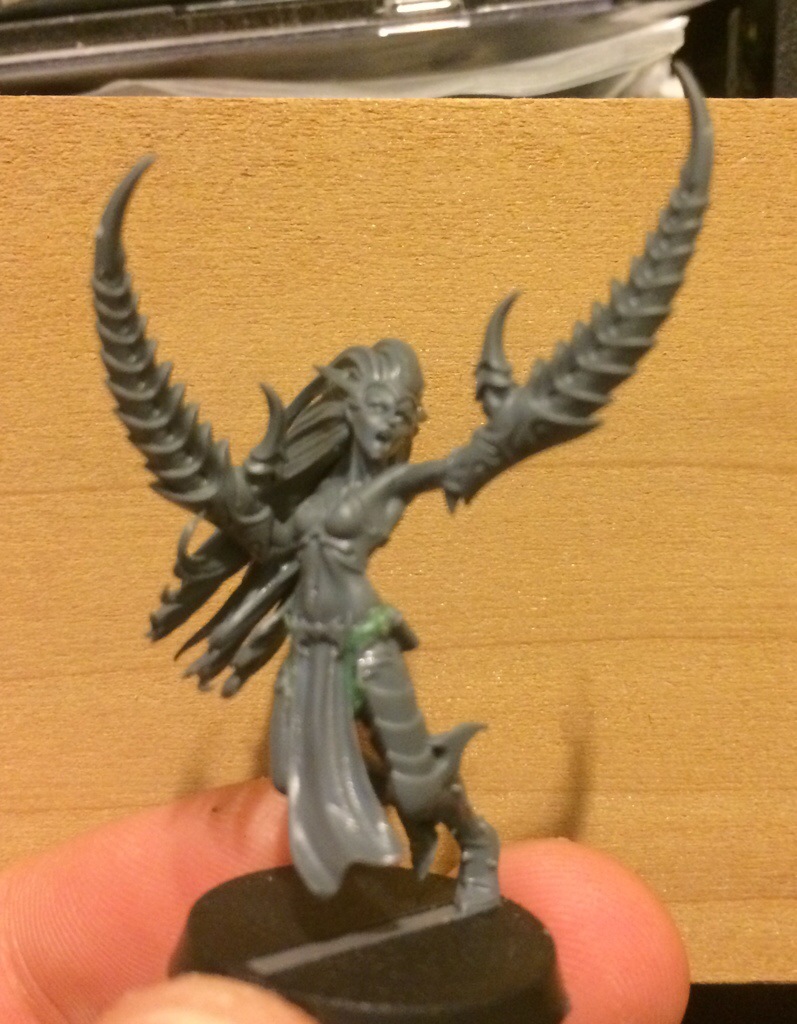 I’m finding that my Tzeentch daemons have taken a large Nerf bat to the head.  While the masses are screaming about Malefic conjuration being OP and broken, I’m seeing that psychic powers in general have been relegated to a different role.  Witchfire is now supplemental, rather than a replacement for shooting attacks.  Anyways, I’m having to branch out of my comfort zone to find an army that is competitive for my next tournament.  I’m trying out a Slaanesh army with some Tzeentch support.  I’m planning on running 2 Slaaneshi heralds on foot and a third on a seeker.

I have the GW finecast herald and rather than use the Masque as the other I decided to kitbash one.  I decided to use the Dark Elf Supreme Sorceress as the base of the model.  However, once I opened the model, I found that the arms and legs were really spindly and didn’t take on the same heft as the daemonettes.  I opted to use the legs from a Dark Eldar wych and add in the really fancy pincers from Herald/Alluress upgrade in the Daemonette kit.

I think the results speak for themselves.  Here are a few more pictures of the kitbash. 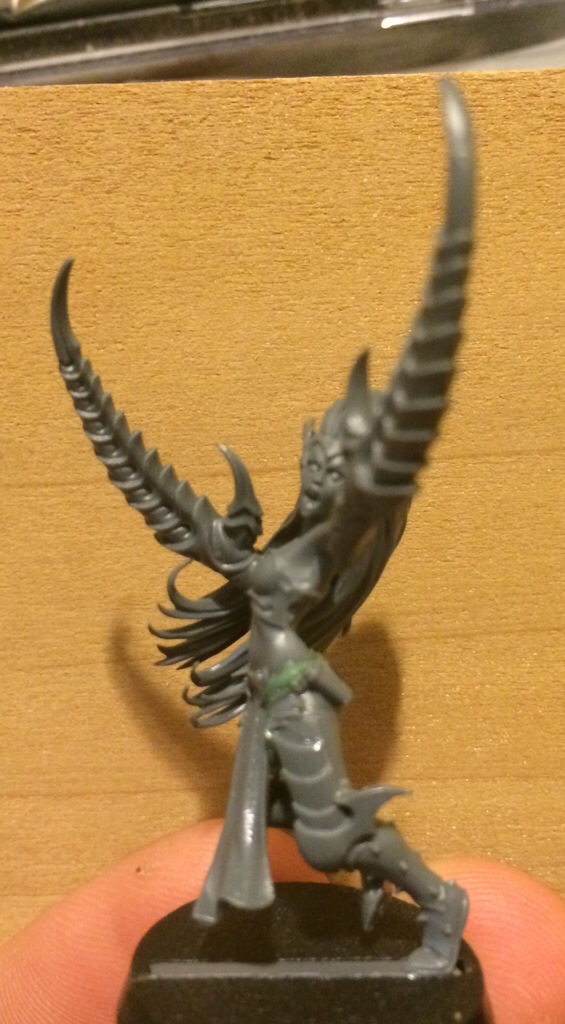 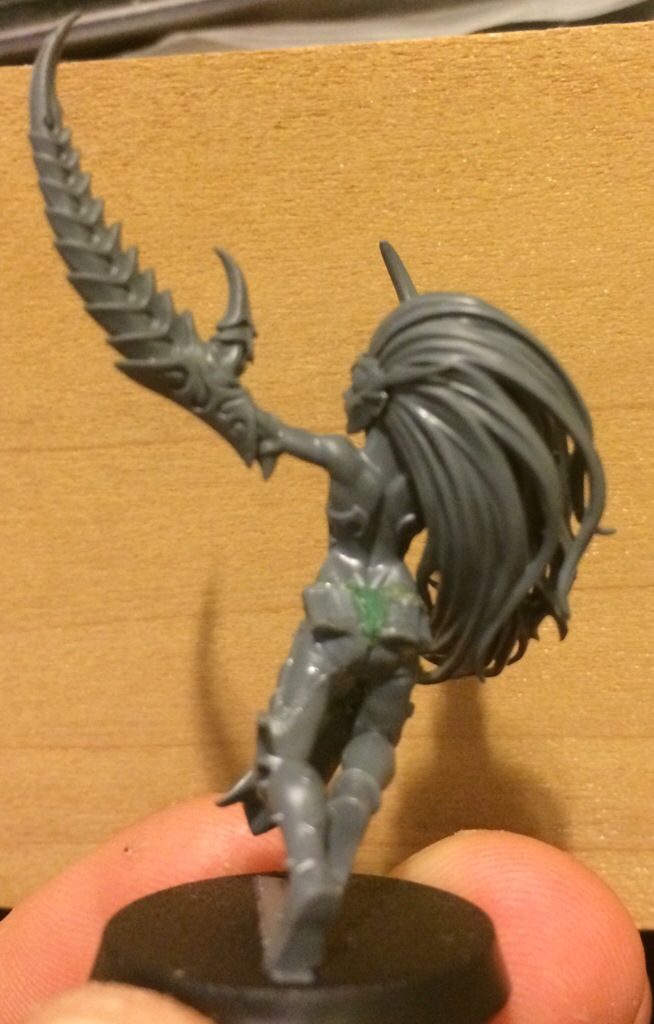