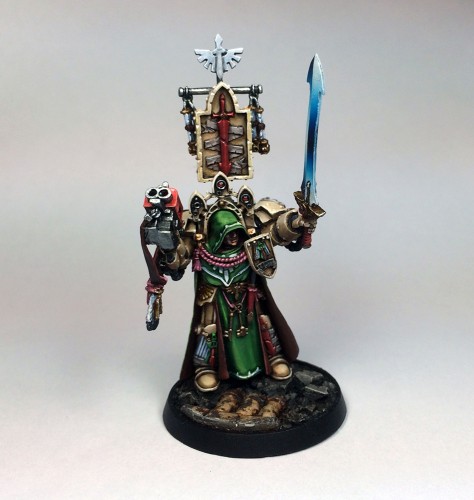 After almost two months I’ve finally finished up the Belial model I’ve been working on. There are a few reasons why this model has taken longer than the six models I did for the last part of the challenge (the Deathwing Knights). First and foremost, the model was made of finecast, which required a ridiculous amount of prepping. On the bright side, its multitude of issues gave me good examples to use for my finecast article. The second reason was that I really wanted to try some new things with this model, hopefully leading to something that I can enter into a painting competition if the opportunity arises. 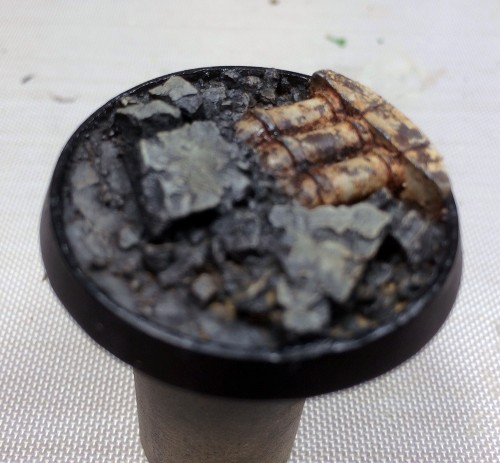 For the base I tried using baked Sculpey to create more realistic debris than the cork I’ve used in the past. I also tried making my own sunken base like the ones Secret Weapon  Miniatures sells. I’ll just say that the dollar or two they charge for each of their resin bases is well worth the price. Pete was kind enough to give me a bit from a Wyrd base as well, and after a great deal of filing I made it work for the larger base. During the painting process, I took the opportunity to use chipping medium on the pipes, and I tried to get a rust effect with oil paint for a change. 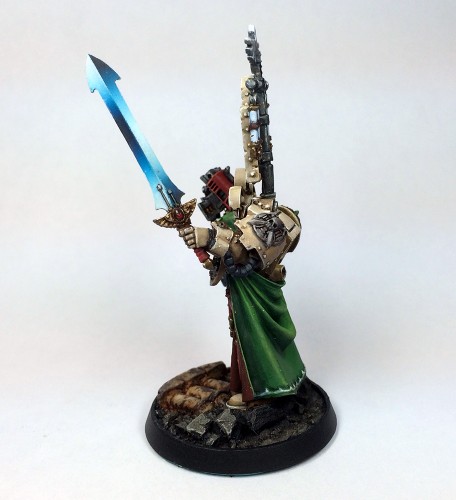 On the actual model, I tried to consciously imagine a source of light for the model rather than my typical “somewhere above the model” approach. I chose to place the lighting source to the models left and slightly to his front (his left forearm is close to pointing at it). While it can be a difficult transition to this mode of thinking, I think the results were worth it. 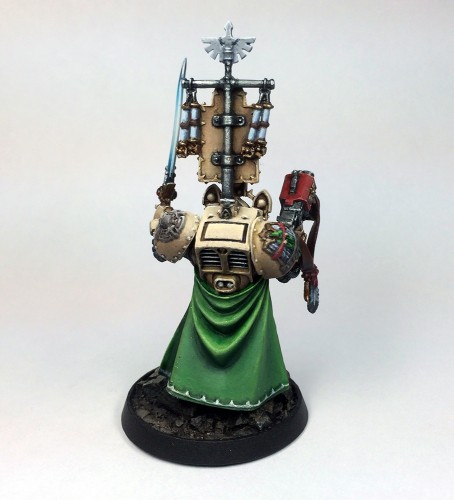 Moving to the back, the direction of lighting becomes more evident. Things like his banner are far darker than they are around front. The most eye catching part of the model from this angle is likely his cape. The technique that I used for it is covered in part 1 of my glazing tutorial. 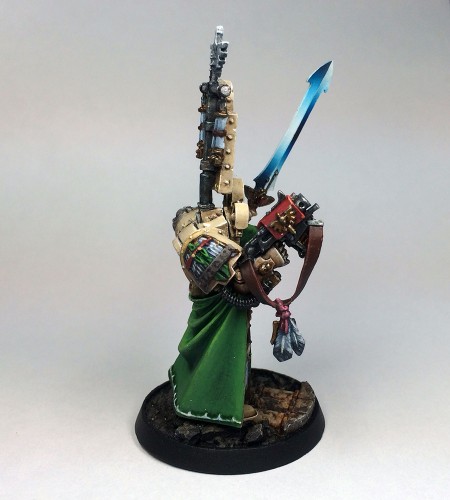 That about wraps up this months challenge. If there are any techniques or effects on this model that you’re curious about learning, let me know and I’ll try to explain it or make a tutorial about it. Next month I’ll be working on the Deathwing Command Squad, complete with a champion, banner bearer, and an apothecary. While it should be challenging to get it done in a month, it should also be pretty interesting painting essentially three special characters.

One thought on “HPC: Belial Complete”