I’ve been meaning to build another Daemon Prince to add to my Tzeentch themed Chaos Daemon/ Chaos Space Marine Army.  I’ve seen a few conversions on the internets that use parts from the Island of Blood Griffon.  The problem with them has been the wings.  The Griffon wings just don’t work.  I think I’ve got a solution to that problem, but it will have to wait for part 2.

Here is the progress I’ve made this weekend; play-by-play (since the 49ers have a bye week).  I started by adding some green stuff to the inside of the back torso half.  When I magnetized wings on my regular daemon prince I needed this mass to allow me to drill into the body.  For this model I think I’m going to need the extra mass to anchor the wings I’m going to use. 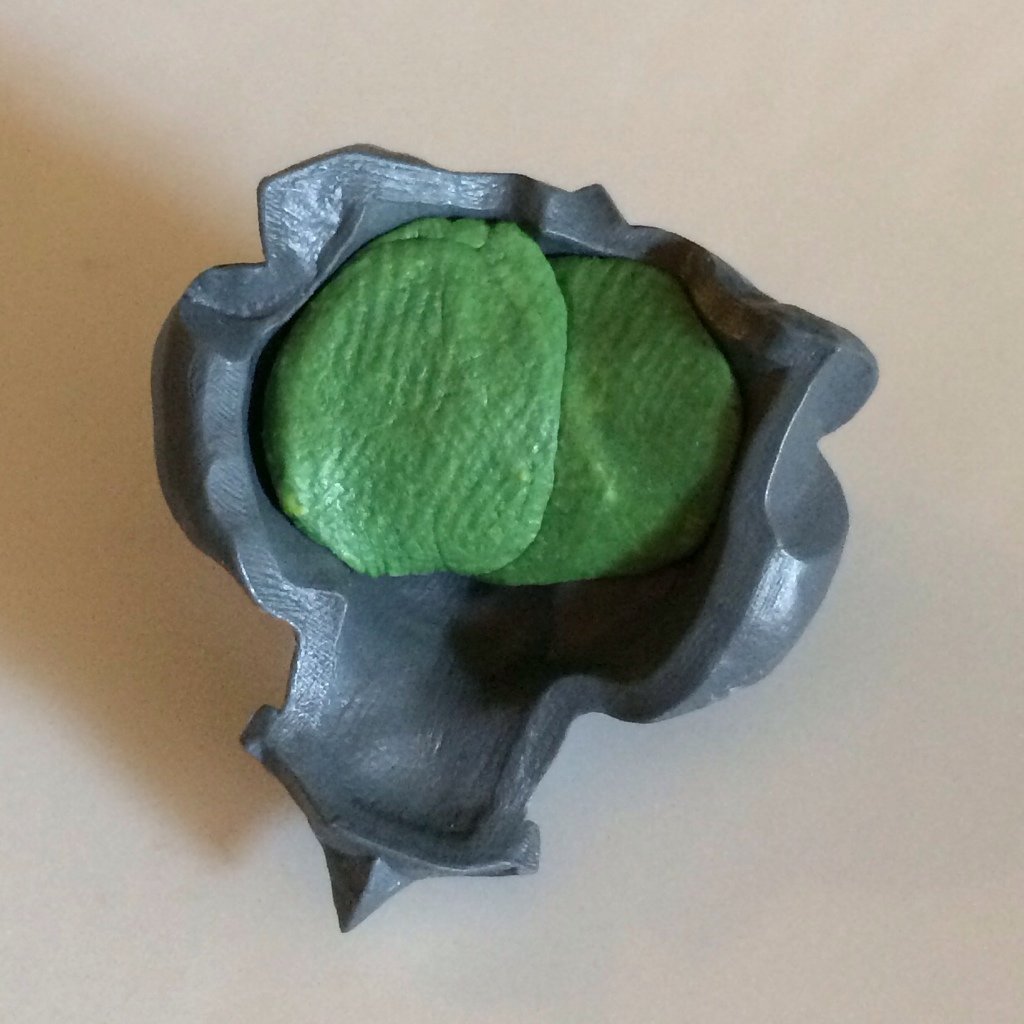 I decided to use the armored torso.  It will allow me to ads the eagle head and not have to deal with a transition of feathers to flesh under the neck. 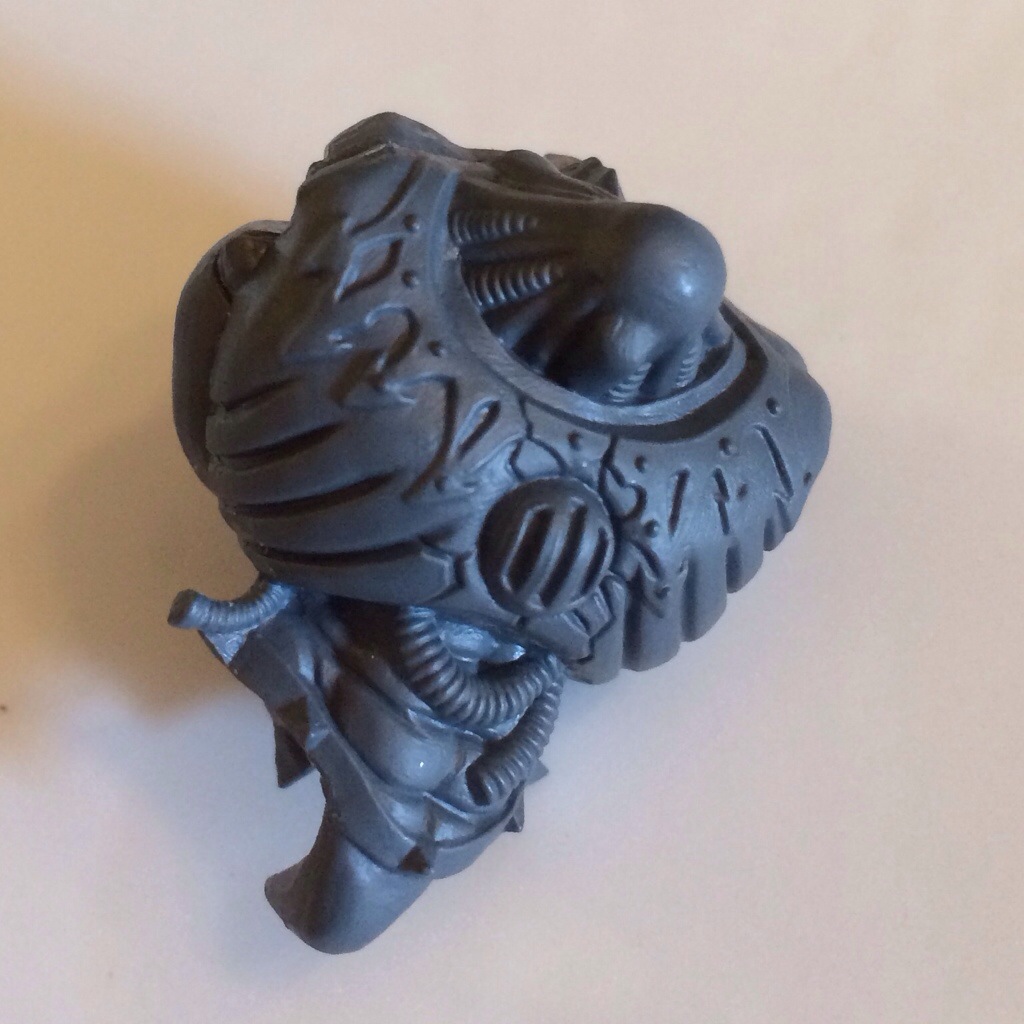 I opted for the arms without weapons. I thought they would make for a good sorcerer-turned-daemon prince. I’m contemplating putting something in the open hand. We’ll see. 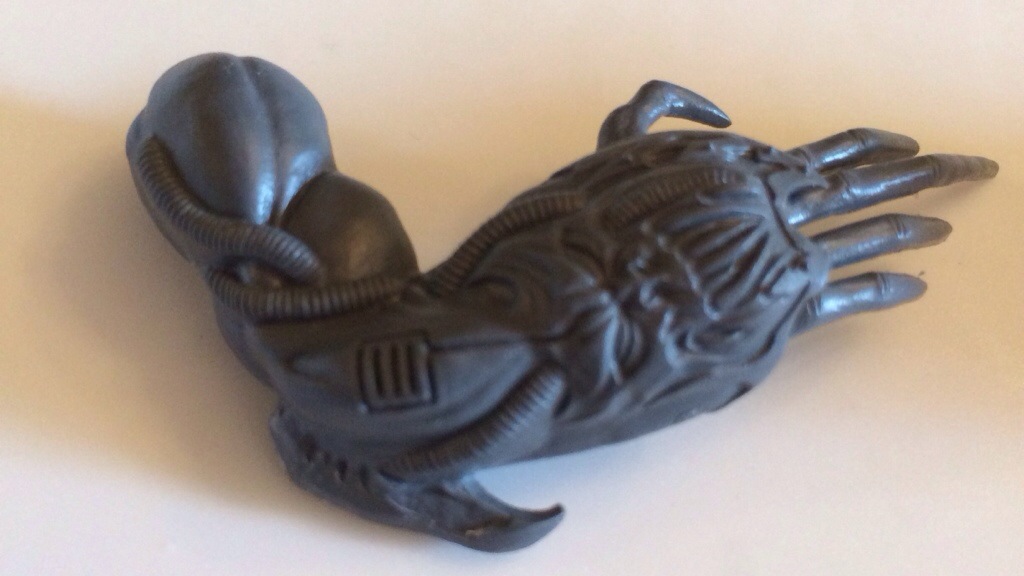 I had to trim down the axe head looking elbow bit to make it fit with wings.  Plus, I’m not a big fan of axes.  This looks like it could be another bird beak or something.

Here is a first picture of the arms and the torso together.  I think it’s coming together nicely here. 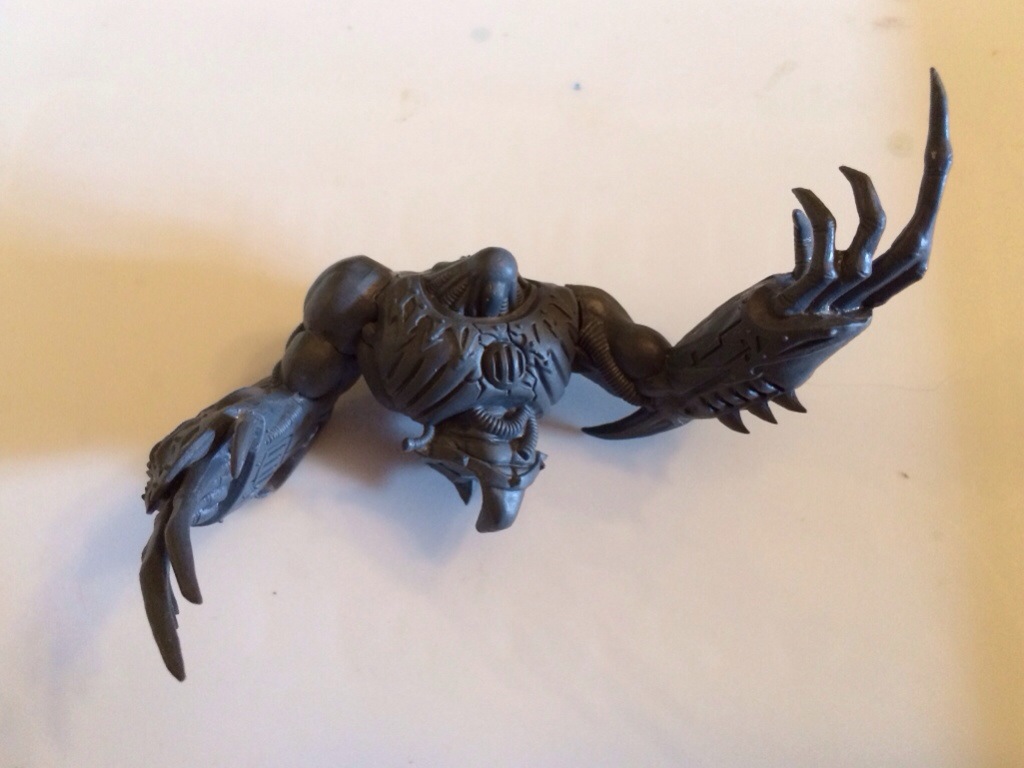 Here are the bits I’ve decided to use from the Griffon.  An eagle head and two sets of talons.  I’m pretty sure I’ll not use the wings and I’m on the fence about the lion tail. 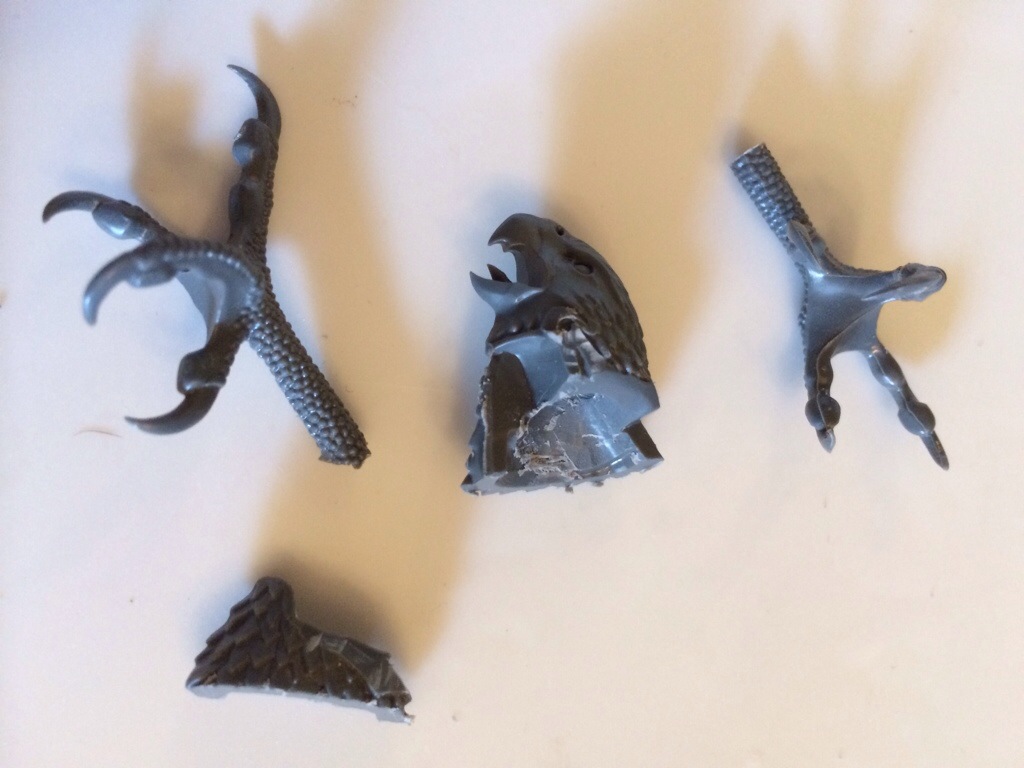 Here you can see that the head needs some work, due to the bit and bridle that the model had.

Legs and talons dry fit to see how it looks.  Stephen suggested that the proportions weren’t quite right.  I made some changes later on. 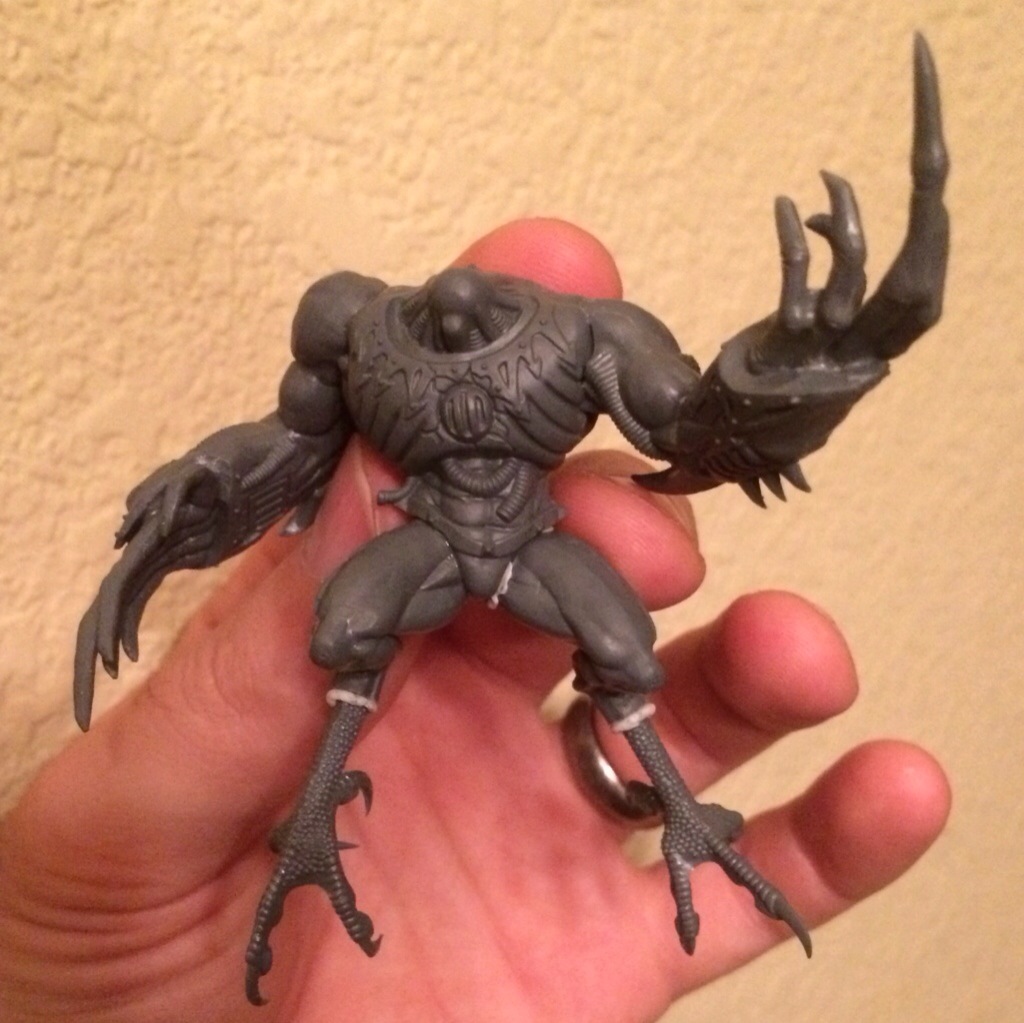 This is my feather/fur sculpting ability.  I’d like to be a better sculptor, but I’m making do with what I can do for now. 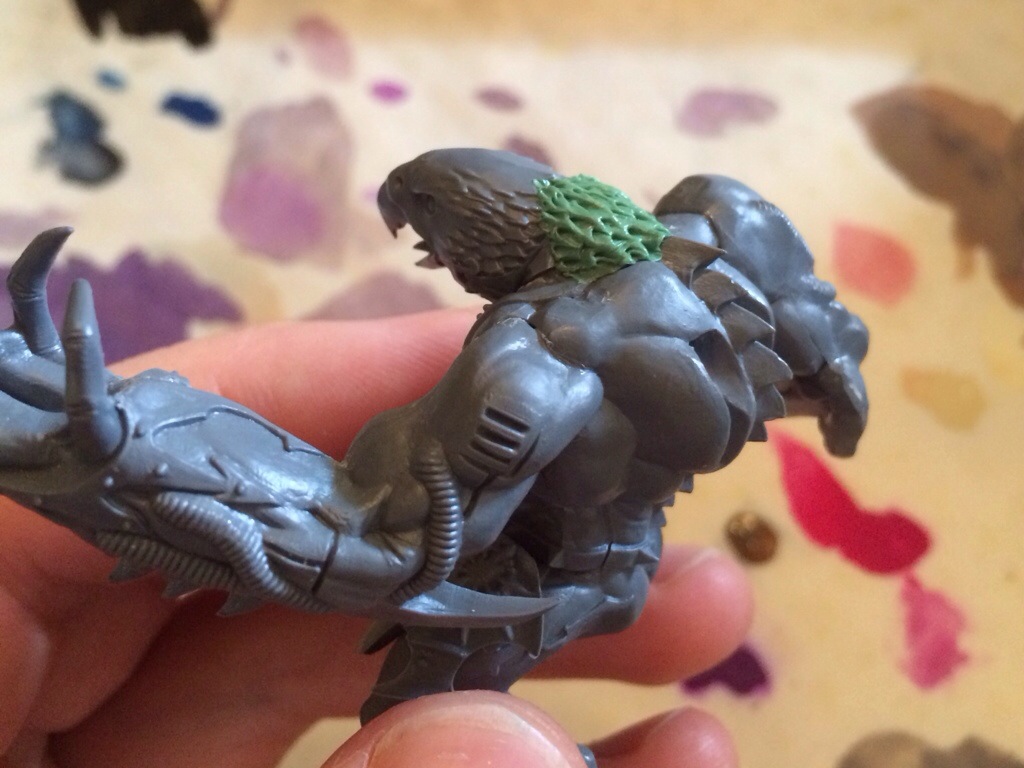 Still need to add some more green stuff around the side. 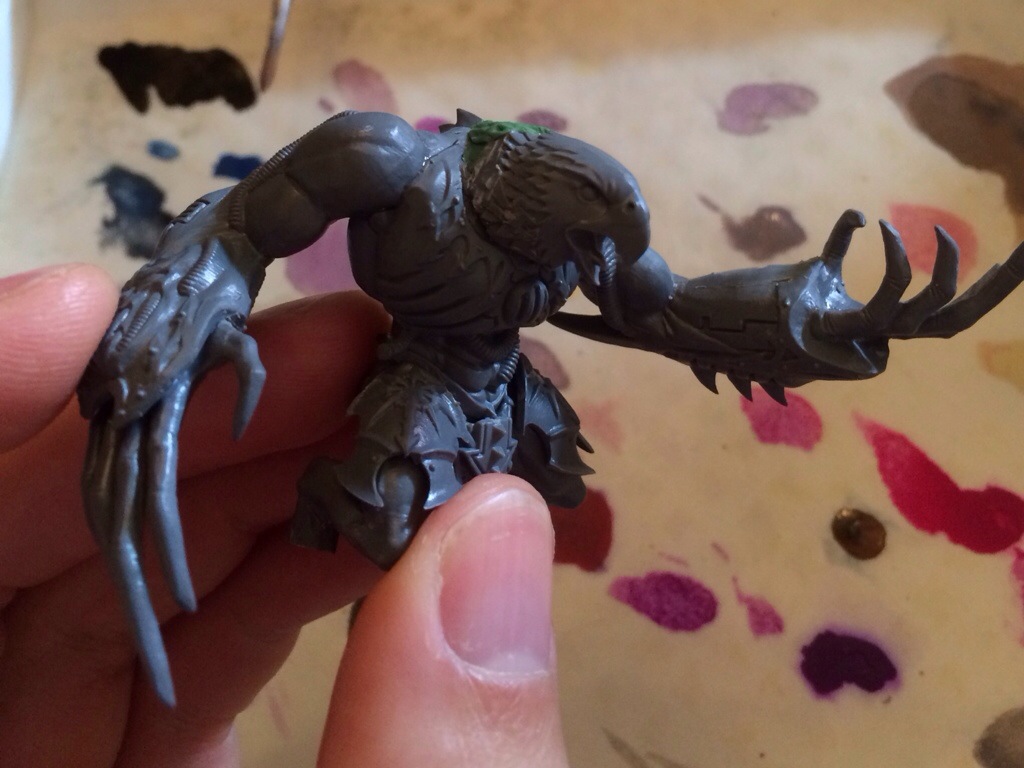 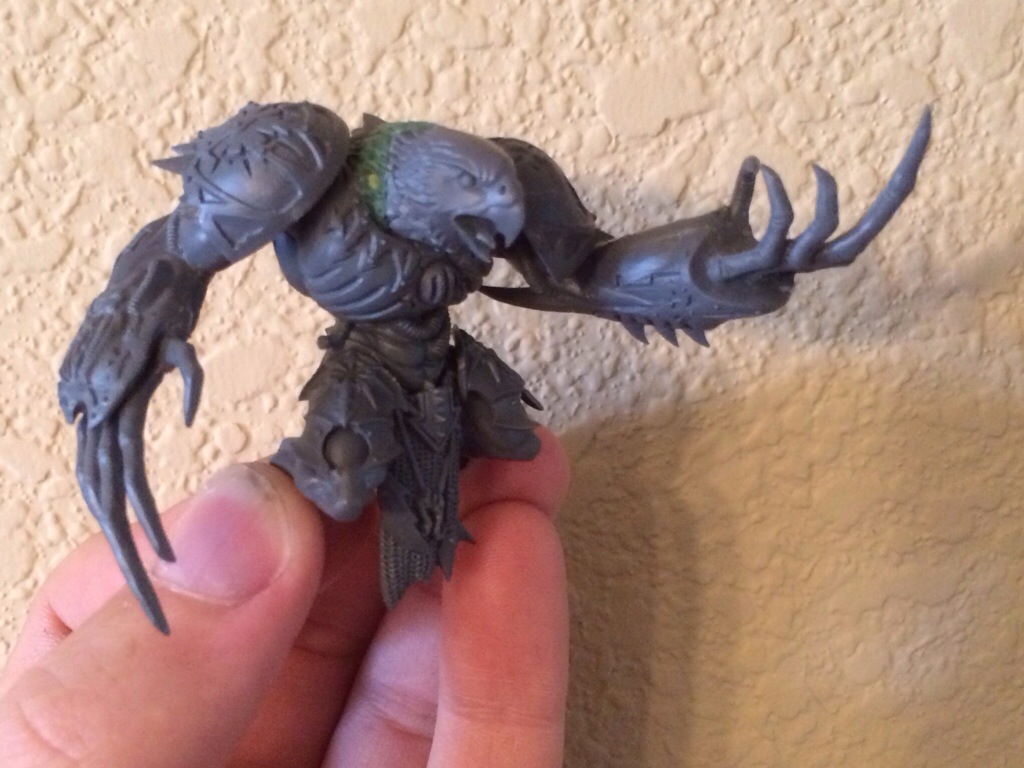 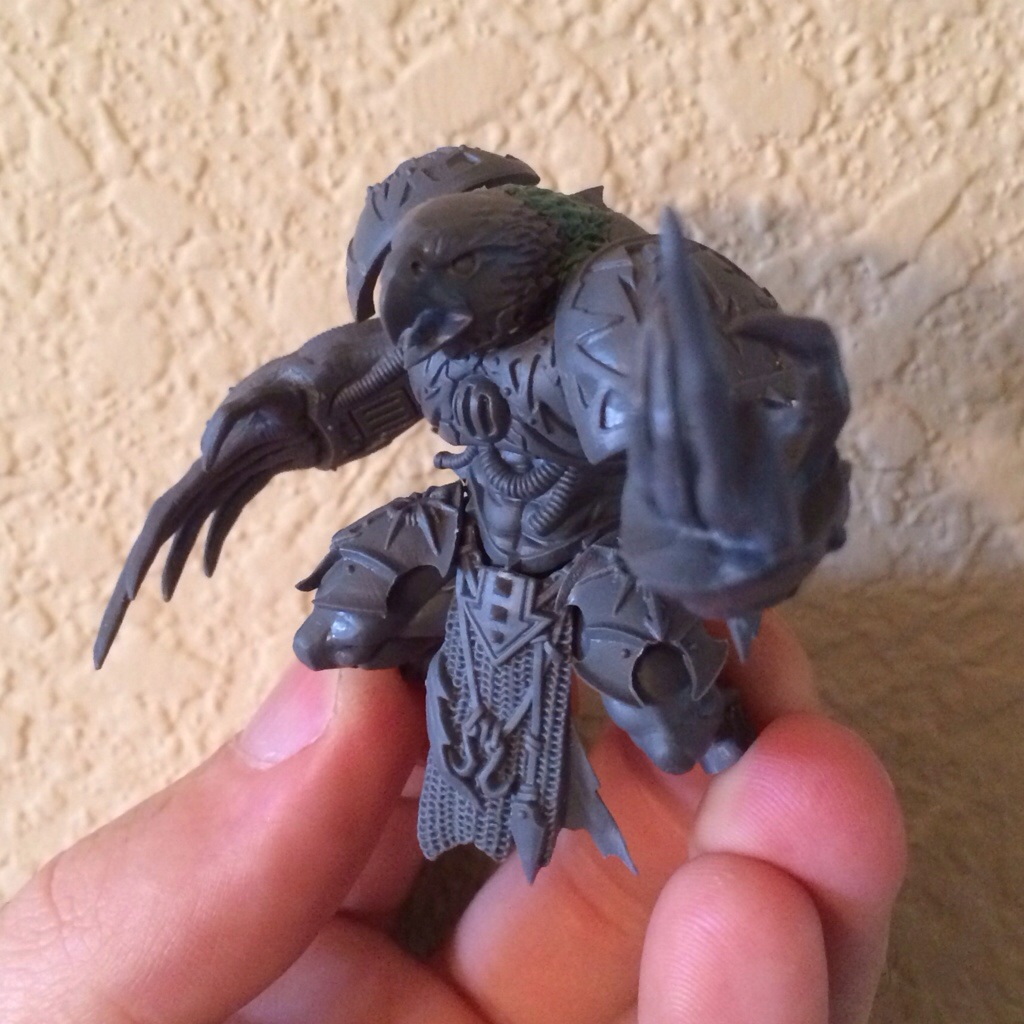 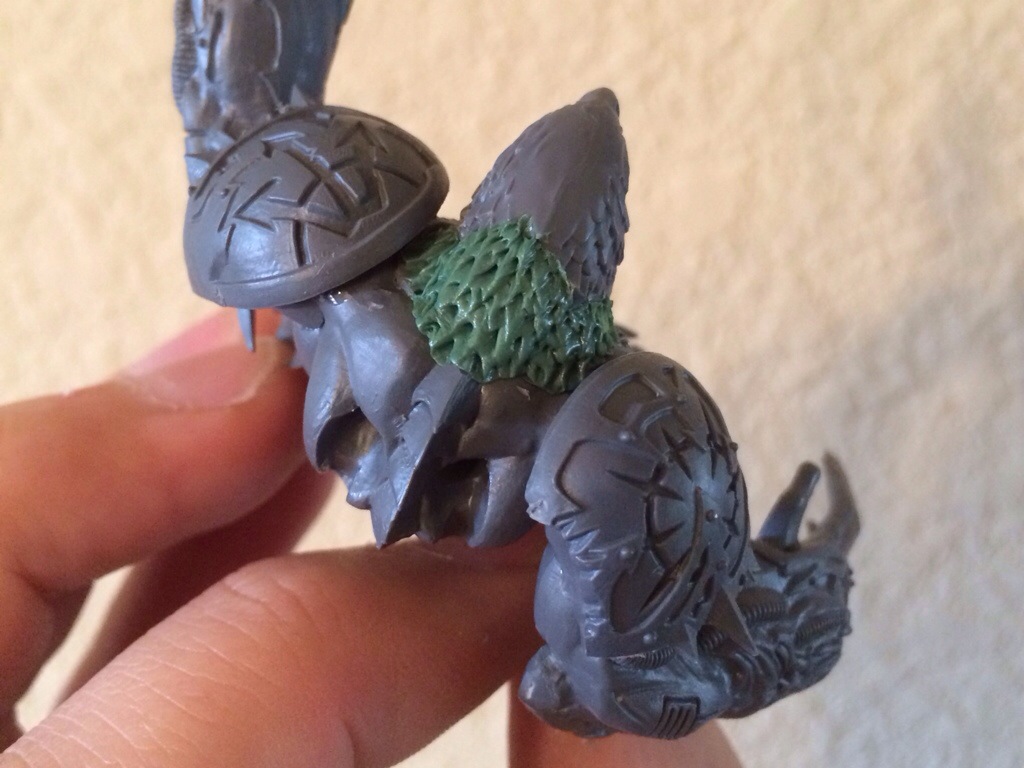 Here we have the talons trimmed a little shorter and the rest of the model (sans wings) dry fit before pinning and glueing the legs.  I also found some columns I had from Secret Weapon that I think I’ll use to perch the model off the ground. 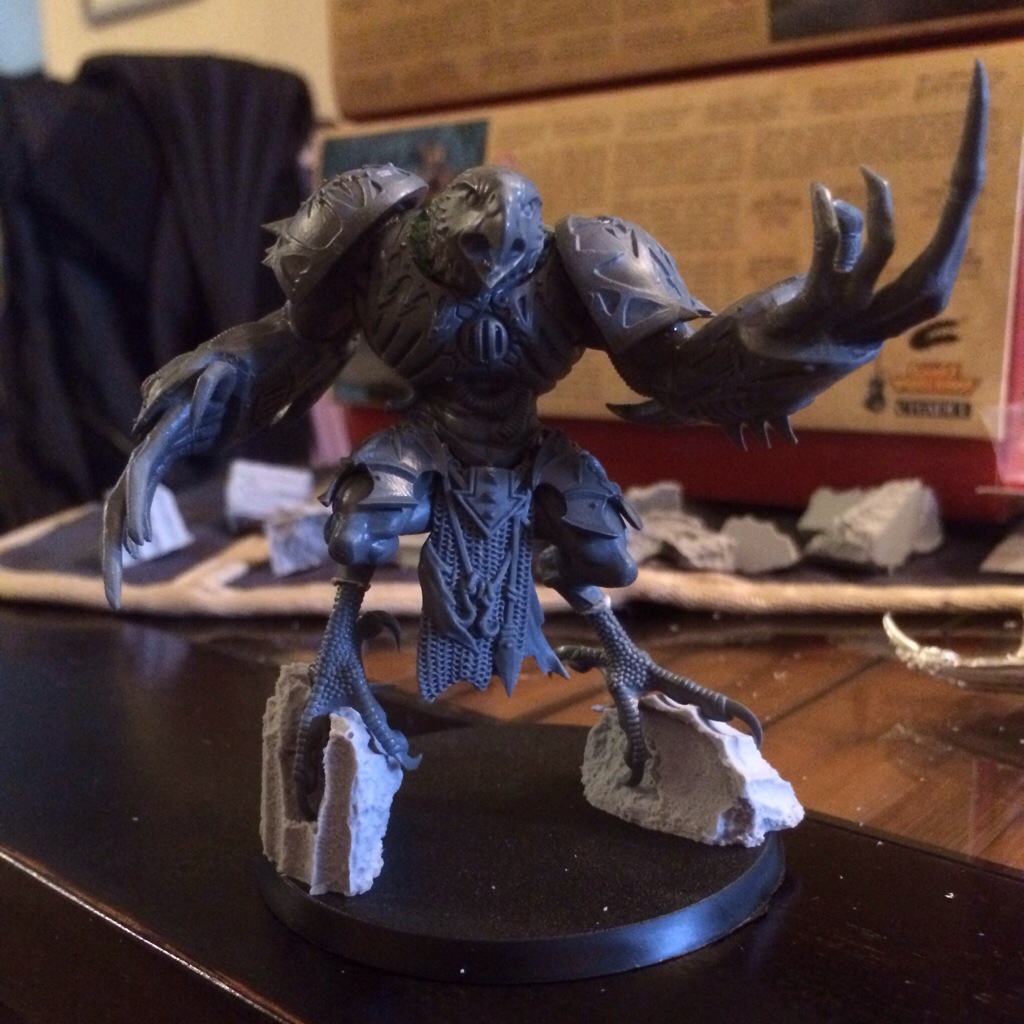 One thought on “Daemon Prince of Tzeentch (part 1)”